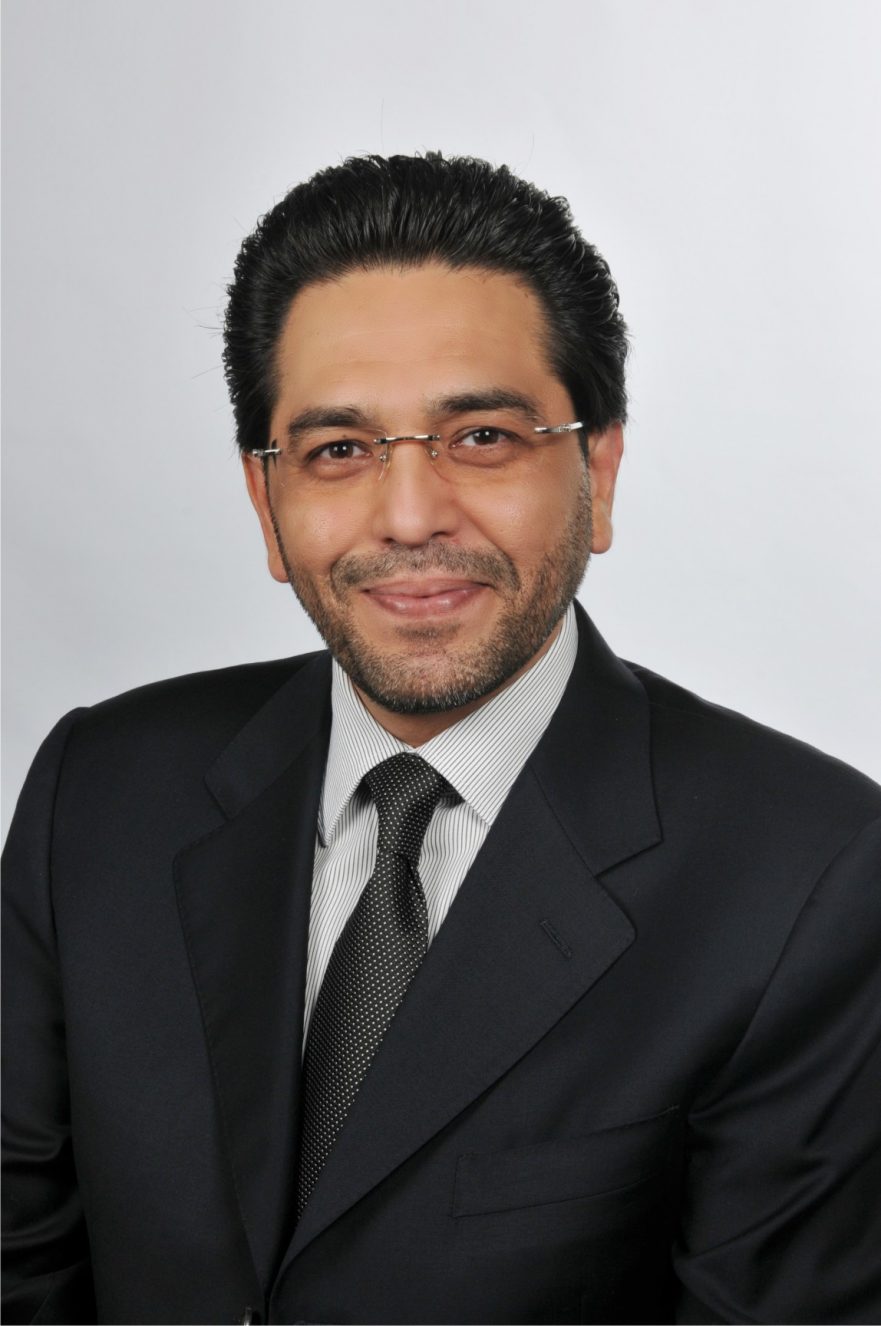 Mr. Muhammad Ali Albakri joined IATA as Regional Vice President for Africa and the Middle East on 1 January 2017. He believes the region has tremendous opportunities, detailing how Africa’s potentials can be realized, and how Africa can benefit from the success in the Middle East, among other exciting and intriguing industry issues.

Q: What has been your experience so far as the Regional Vice President of Africa and Middle East for IATA?

A: In spite of the challenges and variations in maturity levels across the region, Africa and the Middle East present tremendous growth opportunities. We have seen many examples of success in the region – infrastructure development, the establishment of global hubs and use of innovative technology to improve the passenger experience. These developments could be replicated on a larger scale across the region if all parties adopt a unified vision and enforce execution beyond political feuds.

Aviation must remain at the center of focus of all governments while forming economic regulations and policies to ensure a conducive ecosystem for aviation to grow and bring prosperity to the region. Knowledge gaps and technical skills shortages must be tackled on a national rather than airline operational level. Wide application of advanced technologies ought to be supported to bring about efficiency and cost effectiveness.

IATA needs the continued collaboration of all parties to bring best industry practices and standards into all aspects of the industry.

Q: Accident record has remarkably improved in Africa, with IATA playing key roles with the IOSA safety audit, etc. With many small airlines emerging in Africa, how can IATA ensure operational safety is also strengthened among more airlines who are already challenged by difficult operating environment in the continent?

A: Sub-Saharan Africa continues to make strong progress on safety. Airlines in the region had zero jet hull losses and zero fatal accidents involving jets or turboprops for a second consecutive year. Both the turboprop hull loss rate and the all accident rates declined against the average of the previous five years.

The goal is to achieve world-class safety. But there is still a large gap to cover in the safety performance of the continent’s turboprop fleet. Global standards such as the IATA Operational Safety Audit (IOSA) are making a difference. Counting all accidents, the performance of African airlines on the IOSA registry was more than three times better than non-IOSA airlines in the region. That’s why we continue to encourage African nations to incorporate IOSA and the IATA Standard Safety Assessment (ISSA) into their safety oversight systems. ISSA, which is intended for those carriers that are not eligible for IOSA, also offers a one-term opportunity to operators of aircraft that would otherwise fall under IOSA, enabling an incremental approach to achieving IOSA.

We also urge African governments to accelerate the implementation of ICAO’s safety-related standards and recommended practices (SARPS). As of year-end 2017, only 25 African countries had at least 60% SARPS implementation.

Q: The challenge of repatriation of airline revenue caused much discomfort in parts of Africa including Nigeria, Angola, Egypt, etc. How much of this challenge has been resolved and how can recurrence be forestalled to encourage airline investments in the region?

A: We can celebrate some success. The backlog of funds in Egypt and Nigeria has been cleared and transparent policies have been put in place to avoid a repeat. Angola continues to be a top priority but progress is being made. The allocation of forex to airlines has been significantly increased in Angola and the backlog is reducing. We will continue our efforts working with all parties to unblock airlines’ revenues in Angola and other countries blocking funds-including Sudan, Bangladesh, Algeria, Eritrea, Ethiopia and Zimbabwe.

Q: The Single African Air Transport Market (SAATM) was launched to bring liberalization of air transport in Africa. How best can this be sustainable especially to benefit African airlines?

A: The strategic importance of intra-Africa connectivity cannot be over-stated.  It is invaluable in promoting and supporting the continent’s growth and development.  However, the implementation of Africa’s visionary framework for air transport connectivity across the continent, as envisaged in the 1988 Yamoussoukro Declaration, has been slow to the point of almost being invisible. The SAATM framework has the potential to unlock those economic and social benefits and to transform Africa’s fortunes.  Making it a reality requires governments to move promptly in creating the enabling regulatory framework and for the airlines currently sheltering behind their protection to become competitive.

Q: IATA has made tremendous efforts to continually improve benchmarks in cargo and ground operations, airline safety, etc. What more can IATA do to ensure the penetration of these innovative standards among African operators?

A: Global standards are the foundation upon which a safe, secure, and integrated global air transport system are built.

They provide a common language for industry partners to work together. A large part of the success of aviation in Africa so far is due to the importance that the stakeholders in the region-namely, governments and industry-have placed on them. The region needs to stay on the course and resist the urge to fragment global standards with local variations.

Whether its passenger rights, requirements for advance passenger information or the adoption of important treaties like the Montreal Convention, the more that we can place global standards at the center of regulations, the more solid is the foundation for aviation’s success.

A: There has been a recent proliferation of new charges and taxes in Africa. IATA urges governments in the region to establish a charges consultation process in line with ICAO’s policies which highlight the key principles of non-discrimination, cost-relatedness, transparency and consultation.

Excessive taxes and charges affect the ability of aviation to meet demand and impede economic growth. Governments will earn more revenues in the long-term by promoting aviation through lower taxes, than they will by making a short-sighted cash grab with taxes in an attempt to plug budget deficits. Every dollar that a passenger spends in the region creates jobs and spreads prosperity. And every dollar collected in taxes or charges is an incentive for travelers to go elsewhere. We must work together to reverse this trend.

Q: In your view, what has improved in the last few years in Africa, and in what areas do you think Africa needs to concentrate efforts to improve the sustainability of aviation industry on the continent?

A: We have seen significant improvements in safety. Airlines in the region had zero jet hull losses and zero fatal accidents involving jets or turboprops for a second consecutive year. Both the turboprop hull loss rate and the all accident rates declined against the average of the previous five years. There is also increasing momentum to connect the continent.

Q: What would be your word to African airlines and governments, in view of the emerging aviation market and opportunities in Africa?

A: Air transport is integral to the growth of any modern economy.  It connects people, enables business, trade and tourism, links cultures and delivers humanitarian aid where it is needed, which is vital to some regions in Africa.

Last year demand for airline travel to, from and within the continent increased 6 percent to 84 million passengers. Over the next two decades passenger demand is set to expand by an average of 5.7% annually.  This opens up incredible economic opportunities for Africa’s 54 nations.

Despite aviation’s social and economic benefits, airlines are seeing their profits eroded and margins squeezed. Globally, the average profit per passenger in 2017 was about US$7.69.  In contrast, African carriers are forecast to lose US$1.50 per passenger. Global and African geopolitical and economic issues are beyond our direct control but improving connectivity, developing smart regulation, unblocking funds and improving safety will help unlock the power of aviation.

A: The success of aviation in the Middle East region has been remarkable. Of course, such growth did not happen by accident. This region is fortunate to have benefited from governments and rulers, CEOs and regulators, who could see the bigger picture. They were prepared to invest. The result of this investment has transformed the economies of this region.  African governments have the potential to do the same but they need to look beyond merely national issues and focus on an even bigger picture – the strategic development of aviation across the entire African continent.