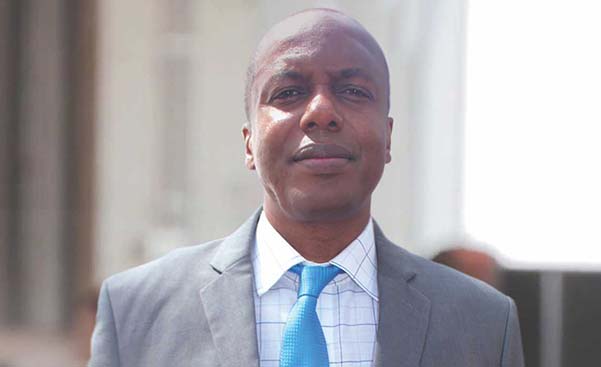 Mr.  Alex Avedi is the the CEO of Safari link Aviation based at Wilson Airport in Kenya. Here he outlines the essence of seamless connectivity in driving tourism in East Africa. He also throws some light on the need for improved safety and partnerships, with SafariLink having achieved IATA’s operational safety audit for small operators, as well as recently joined the AFRAA.

Q: You recently became a member of Africa Airlines Association (AFRRA), how many years have you operated, and why are you just joining AFRAA?

A: Ok. We’ve been operating for the last 15 years. We are a very niche airline in Kenya, so we basically operate toh the parks, that’s why we are named Safari. We go to all the different Kenyan parks and also we go to Tanzanian parks and we also fly to Kilimanjaro and Zanzibar in Tanzania. So, we are basically a niche player.

And we have decided to diversify a bit from the safari business which is still our core business and we are now also doing some local domestic routes. We have opened three or four domestic routes that are non-Safari and we’ve just recently signed a code-share with Kenya airways to provide a seamless service for passengers from New York, Europe and from the rest of the world to the parks.

Then I think it became quite necessary to join AFRAA just to raise our profile and to benefit from other services that AFRAA has like networking and training.

Q: Beyond Kenya Airways, are you looking at any more partnerships, spreading your foray into the tourism market?

A: No, the partnership is one way, it’s Kenya Airways who is bringing their traffic through Nairobi, and we are transferring that traffic, those who would like to go to the parks. So, it’s not really us selling, it’s really them using our network to be able to sell 18 destinations that we fly to in order to add 18 destinations to the Kenya airways network.

We are the last mile and they are now able to offer an interesting product, a safari product, so you buy our ticket from new York to Maasai Mara, the last leg will be Maasai Mara back to Nairobi, and we’ll be the ones flying it.

We have no interest of extending into various countries. Mainly, we will be very east African with Kenya and Tanzania; and in the future we are looking at Uganda and hopefully also Kigali, Rwanda.

We see ourselves as an East African operation.

Q: What do you expect as an AFRAA member with your new membership?

A:  Like I said, for us really it’s the ability now to meet other players, to cooperate more, like we signed a code share with Kenya Airways which I mentioned. It’s also the ability to influence policy through AFRAA on some of the things that we feel impact our industry; the ability to access training courses – AFRAA and IATA jointly offer very good training -, and also the ability to get fuel at a very competitive rate because AFRAA buys fuel jointly for all its members; so that’s quite attractive to us.

Q: In all of these, several airlines in Africa have not been very willing to join AFRAA maybe because they think AFRAA is not pulling its weight or they don’t have such a huge benefit to gain from AFRAA; what’s your own thought along this line regarding other airlines that have not joined?

A: I think I’ve just mentioned the benefits for us, so those same benefits should be accessible to any other airline joining AFRAA.

So, I think it’s a good idea for other airlines to join AFRAA. But obviously it’s taken us fifteen years, so you have to see where you are in terms of the maturity curve and for us now we figured after fifteen years, it’s time now to raise our profile and AFRAA is also a good avenue to do so.

Q: What do you think of IATA operational safety audits like IOSA and ISSA, and how are you looking to get involved?

A: We’re already ISSA certified. We’re the only airline in Africa and the Middle East which is ISSA certified and only the fourth in the world, so we are very proud of that accomplishment we got it in June of 2019.

Actually the requirement is either to be ISSA or IOSA certified. Our business model, the sort of aircraft we fly, IOSA is not really relevant for us, so we will continue with ISSA.

It’s even there in the terms and conditions of AFRAA, you know, you have to be either ISSA or IOSA, “it’s either or”.

Q:  In relation to this, and considering the disturbances and insecurity challenges that threaten air travel in the region, how have you been affected?

A: Actually, thank God we haven’t; the reason being that now our travelers and all the tourists who come to Kenya know and it’s quite clear that you can be hit anywhere. You can be hit in the U.S, you can be hit In London, you can be hit in Asia; so extremism or terrorism is not just a local event it’s now a global event, so we’ve not really seen an impact on our numbers, thankfully.

The other thing is that  you know the parks are very safe and secure; you are like in a different world so typically the areas where you will find Al Shabaab is really very isolated marginalized areas of northern Kenya. In the parks the security is good, so we’ve not really had any significant impact.

Q: Can you give an overview of your fleet?

A: We have 11 Textron Grand Caravans, which are C208, those are 14-seater aircraft and basically they fly everywhere and anywhere you know; into the small strips, to the parks and paved airstrips, etc.

A: We have our own aircraft maintenance organization for the last one year, so we’re able to do all our maintenance in-house.

Q: Do you have maintenance partners from abroad or from the manufacturers?

Q: Being in these two countries, does it give you enough market and business to be able to sustain your AFRAA and ISSA membership and certification?

A: Yes, it’s not a problem because like I said we’re a very niche player so we are really in the tourism space, we’re in the safari space so we are not really in the general or mass market.

Ours is a high-end product, so we do a lot of chapters. Our clients are persons who don’t have the time and like to do 3-4 parks in 3-4 days; that’s why they use our services.

Q: What’s the mix of the tourists that you fly, do you have more African tourists now exploring the tourism opportunities in Africa or is it still dominated by foreigners?

A: For us it’s really the foreigners. We have a lot from the US, North America, followed by Europe which is really the UK, Germany, and Scandinavia, and then South Africa. Those are the main markets and of course we have our own Kenyan market, the local market.

Q: From your perspective is the local market of the African tourists increasing or reducing?

A: It’s increasing; but 80% of our market is still international.

Q: So, what is your outlook, what you look forward with the AFRAA membership, and, going forward?

A: Because we are a niche player, we are quite happy in our niche; so we don’t have delusions of grandeur, we’ll just play in our niche and maybe if need be in the future become members of IATA.

Q:  What’s your word to your present and future passengers?

And we’re always being audited by the different agents representing the luxury market and that’s why ISSA was so important for us and also the code-share with Kenya Airways.

So, we are very conscious about safety and also our product; we are very bespoke so we give those who fly with us the luxury tourism market and we are well positioned to satisfy their needs.