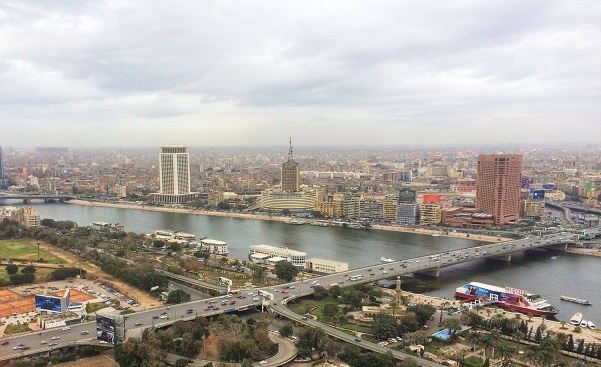 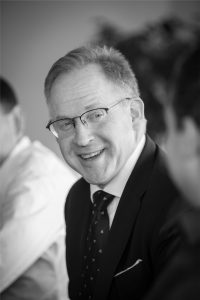 In its June 2021 update, AFRAA reported that African airlines cumulatively lost $10.21b in revenues in 2020 due to the impacts of the Covid-19 pandemic, adding that this”poor performance is a direct threat to the survival of the African aviation industry if the trend continues.”

Alas, African airlines were struggling to make money long before Covid-19: according to AFRAA’s 2019 Annual Report, 2010 was the only year between 2008 and 2018 that yielded an aggregate net profit.

The unprofitability of many of the continent’s airlines is bad news for Africa’s economic growth and development as the availability (or unavailability) of safe, efficient and affordable air transport in a given region is a major positive (or negative) influence on that region’s economic prospects. In Africa’s case, population growth adds an unprecedented additional challenge: whereas those of working age are forecast to far exceed one billion by the mid-2030s, the number of people in poverty (less than $2 income per day in 2011 dollars) is forecast to be in excess of 500 million by the mid-2040s, by which time, according to the World Bank, Africa will be home to almost all of the world’s poor (so defined). If ever there were a clarion call to make Africa’s commercial air transport system fit-for-purpose, this is it.

Backs against the wall

The weak performance of African airlines is mainly attributed to various challenges such as high fuel cost, blocked funds in some African States, currency fluctuation and high taxes and charges. While each of these challenges is problematic in its own right, together they amount to a very significant impediment to improved airline performance.

But they omit the ‘elephant in the room’: the ongoing tendency of aviation policy and airline management practice, SAATM notwithstanding, to fragment the small African air travel market.

From a historical perspective, this behaviour is rooted in circumstances outside Africa’s sphere of influence. Regrettably, when nations came together in December 1944 to agree the post-war ‘flag-carrier’ shape of civil aviation, little or no thought was given to the unstoppable wave of independence that would sweep across Africa in the following decades and the particular unsuitability of the Chicago Convention to the continent’s air transport development.

If we’re serious about making safe, efficient and affordable intra-Africa air transport widely available to African business and the travelling public, there are only two ways to do it: airlines need to be subsidised or airlines need to reduce their unit costs. As subsidies themselves are neither affordable nor sustainable in the long run, we’re left with one clear imperative: to reduce unit costs. To reduce unit costs, we need to stop fragmenting the small African aviation market and increase economies of density and scale. In other words: we need to rationalise.

As widespread consolidation appears to be off the table, a ‘corporate’ reorganisation of African civil air transport is simply not the viable option it might be otherwise. So it’s high time for Commercial Aircraft Finance Enterprise (CAFÉ), the public-private commercial aircraft finance enterprise for Africa and the Indian Ocean that we first proposed at the Aviation & Allied Business Leadership Conference in Gaborone hosted by this esteemed Journal in 2010.

By making affordable, right-sized, mission-suitable aircraft available to commercially viable African airlines, CAFE will help to facilitate the rationalisation of the air transport system. How? So as to access CAFE equipment, airlines will choose of their own volition to arrest market fragmentation and improve economies of density and scale – commercially self-selecting into three airline categories: major, regional and cargo/niche. Such rational behaviour, when set in motion, will give momentum to a virtuous circle of cause-and-effect: improved operations giving rise to better creditworthiness giving rise to reduced supply/finance costs giving rise to greater reinvestment and so on until African airlines reach the Holy Grail … of higher profitability and lower airfares.

When you go shopping, which would you prefer: access to the shop or increased buying power that makes you more interesting to the shopkeeper and gives you more choice?

Readers will be aware that African multilateral development banks and development finance institutions are at long last coming around to the idea of supporting the leasing of aircraft to African airlines as distinct from their historical preference of lending to airlines to support their aircraft acquisitions. No elephant this time, but there may well be a fly in the ointment.

Through their commercial behaviour, African airlines will enjoy the fruits of the virtuous circle mentioned earlier. Furthermore, leveraging Single African Air Transport Market (SAATM) to the full, the emergence of a fit-for-purpose air transport system will underpin the broader economy, helping to give effect to African Continental Free Trade Area (AfCFTA), to make African business more efficient, to enable much greater mobility and to support the creation of worthwhile jobs across the continent.

But instead of co-investing smart money in a systemic public-private change agent such as CAFE, the African MDBs and DFIs seem to be following the lead of what one civil aviation head calls the need “to sensitize finance institutions that we don’t have to be a profitable airline … even if we’re not going to be making money, we should at least cover our costs” and are openly expressing interest in incentivising lessors to do business with airline lessees by means of providing certain financial supports.(The assumption being that lessors would not otherwise do business with such lessees, or at least not on such terms.)

While this approach may have its uses here and there, it is at best self-limiting and at worst market-distorting. On the one hand, MDB/DFI resources could be leveraged to far better systemic use; and, on the other hand, ‘artificial’ support of weak credits rarely enhances their performance/creditworthiness and is likely, in practice, to be gratefully accepted (and perhaps in due course demanded)by private enterprise whether really needed or not.

Either way, there is nothing systemically game-changing about it and it’s not nearly ambitious enough relative to the challenges ahead.

In my first opinion piece for Aviation & Allied Business Journal11 years ago, I mentioned the legendary James Brown. This time, it’s Sam Cooke’s turn. It’s been a long time coming, but a change is going to come. Let’s make it a decisive change for the better. Let’s go for gold and get that virtuous circle going.

Mark Tierney is chief executive of Crabtree Capital, the Dublin-based aviation consultancy, and champion, since 2010, of CAFE. He can be contacted at mark.tierney@cafe.aero