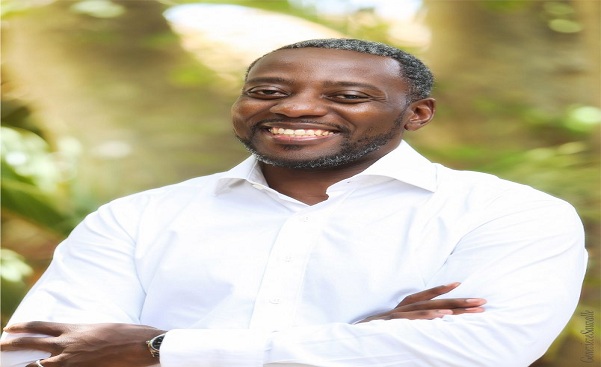 Romain Ekoto is the Chief Aviation Officer at the African Development Bank Group (AfDB). In this exclusive interview with Aviation & Allied Business Journal, he explains new initiatives of the bank to lift the aviation industry in Africa, including finance capacity building and aircraft leasing platform under its vision of consolidating and improving governance of air operators to enhance profitability, giving hope to the African operator challenged by years of poor access to financing.

A: It is true that the COVID-19 pandemic severely impacted the industry in Africa, probably more severely than elsewhere in the world, given the fragility of the industry prior to the crisis. The Bank set up a Covid-19 Response Facility of up to $10 billion to support its regional member countries in their efforts to confront the crisis’ effects.

Through the COVID-19 Response Facility, the Bank provided budget support to several governments, enabling them to assist their aviation industry by providing direct equity injections, loan guarantees, loans, payroll support and tax waivers. The Bank also provided direct support, mainly in the form of payment deferrals and loan re-profiling, to an airports company.

Further discussions are under way about similar support to another company. Finally, in December 2020 the Bank organized a high-level conference to rally support for necessary reforms to support the aviation sector’s recovery from the pandemic and underpin future resilience against economic shocks.

These reforms include public safety and opening up the skies to ensure that Africa’s aviation industry can fulfill its critical role in driving the continent’s economic transformation, aided by initiatives such as the African Continental Free Trade Area. Another key takeaway from the conference was the urgent need for greater coordination among the sector’s actors, including governments, airlines themselves, aviation authorities and multilateral stakeholders, including the Bank.

Q: There are worries that financial support expected from African States and financial institutions to enhance restart and recovery of aviation operators is taking too long to be disbursed, how would you respond in this regard?

A: Following onset of the Covid-19 crisis, governments have intervened in an attempt to prevent the collapse of national economies, with financial packages targeting small and medium enterprises, as well as strategic national companies. To date, about 100 countries worldwide have granted some form of support to their airline sector, according to the 2021 Ishka Global report.

The Ishka report found that 14 African governments have provided support worth an estimated $3.12 billion to their aviation industries since the start of the pandemic. As of mid-February 2021, overall state aid extended to African airlines was roughly $2.5 billion, as compared with $35 billion, $50 billion, and $74 billion for Asia-Pacific, Europe, and North America, respectively. However, given that many airlines in Africa are state-owned, some budgetary contributions made during the crisis may have gone unrecorded as state aid.

In its dialogue with its regional member countries, the Bank has consistently highlighted the aviation sector’s importance to overall economic recovery. It is therefore important that aviation stakeholders at the national, regional and continental levels convey consistent messages regarding the importance of the sector to governments, in an effort to muster additional support for the recovery and sustainability of the sector.

Q: AfDB is expected to be one of Africa’s strongest finance sources, how much would you say the AfDB has lived up to this expectation given the chronic financing challenges that bedevil African airlines?

A: The Bank’s contribution to the aviation sector has historically formed part of a larger effort to promote infrastructure development across the African continent. The Bank Group has invested more than $1 billion in the aviation sector over the past 10 years, with about 75% going to airport infrastructure and air navigation equipment projects, 20% to aircraft financing and 5% for institutional support, including aviation safety and security oversight, and liberalization.

However, in light of challenges to source funding at an affordable cost, there has been an increasing demand from airlines for the Bank to also support the African airline industry’s fleet expansion and/or renewal programs. As a result, the Bank in 2018 developed a framework and guidelines to support the aviation sector. The framework defines how the Bank can effectively contribute to the harmonized and coordinated development of Africa’s aviation sector, leveraging its expertise, experience and resources.

In order to support African aviation stakeholders, the Bank stands ready to use its unique role as a key financing institution, convener of and advisor to African countries, regional institutions and other aviation partners. The Bank works with partners and institutions such as the AFRAA, ICAO, IATA, ACI, etc. to catalyze the African aviation sector development and tackle the existing challenges.

Q: The Single African Air Transport Market (SAATM) and the African Continental Free Trade Area (AfCFTA) are two of Africa’s pillars of economic development, how is the AfDB positioned to support the huge financing required to make these programmes successful?

A: The Bank contributed financing to the establishment of the African Continental Free Trade Area Secretariat and is supporting roll out of the AfCFTA implementation program.

In this context the Bank is financing a $7.65 million project to support the implementation of the Single African Air Transport Market, co-financed by AFCAC. The project entails institutional strengthening of the AFCAC to provide the executing agency and other stakeholders, mainly regional economic communities, national governments and airlines, with the awareness and skills needed to establish the Single Market in a sustainable manner. The project will also support sustainable development of air transport in Africa through a long-term legal and operational framework for the Single Market, including enhanced safety, security, and environmental protections.

The three-year project, which commenced in January 2021, is also receiving support from the European Union and the World Bank, both of which are committed to supporting AFCAC, the African Union Commission (AUC) and the African Development Bank to advance the Single African Air Transport Market. 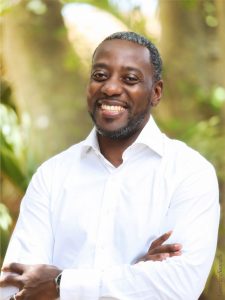 Q: There are fervent calls for building of local financing capacity in Africa to support Africa’s aviation industry needs, would you see this as workable and what role would AfDB play in this regard?

A: The Bank has been very supportive of developing local financing capacity in the form of equity, credit lines into financial institutions such the West African Development Bank (WADB), Afreximbank, and the Africa50 Infrastructure Fund. We are currently undertaking a study into a potential aircraft leasing platform that addresses the financing scarcity facing African airlines when they attempt to acquire aircraft. A leasing platform could also build competitive infrastructure in the form of aircraft, and promote trade.

We hope that the study will generate an inclusive dialogue and enhance collaboration with global aviation professionals, private sector players and regional member countries. The dialogue will harmonize and strengthen the overall governance of Africa’s aircraft leasing market and strengthen financial systems across Africa’s aviation industry. The Bank will create an enabling investment and business climate by creating a framework that covers both operational and regulatory issues in Africa’s aircraft leasing market.

Q: What would you consider the greatest challenges facing the AfDB in terms of supporting the aviation industry more effectively in Africa?

A: The Bank acts as a partner to the aviation industry, as highlighted in our framework and guidelines, alongside specialized institutions, global financing partners and governments. In our view, the industry has the power to address its main challenges. The Bank stands ready to provide support wherever it can.

Q: What do you look forward to over the next ten years regarding aviation financing in Africa, and AfDB’s participation in this aspect?

A: Over the next decade, the Bank will continue to play its role as a key financing institution, convener of and advisor to African countries, regional institutions and other aviation partners with an emphasis on transformative initiatives to unlock the continent’s growth potential. Examples include the ongoing implementation of the Single African Air Transport Market and the creation of a leasing platform. Other Bank objectives include consolidating and improving governance of air operators to enhance profitability, making air transport more affordable, and bolstering safety, security and environmental protections.