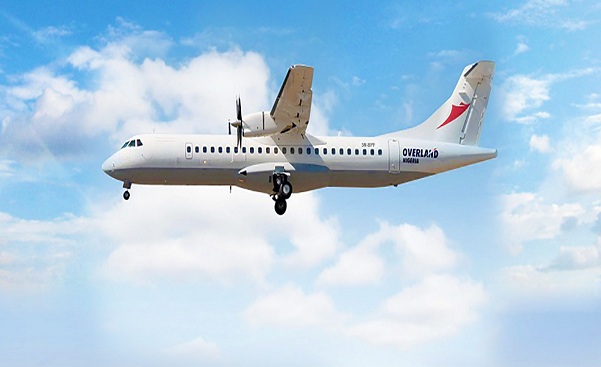 COVID-19 had drastically affected Nigerian aviation industry, with the passenger traffic among the hardest hit. Questions have arisen as to how the airlines would recover, and improve their contribution to the economy. Although, the airlines have been witnessing increase in passenger traffic in recent times due partly to rising insecurity in some parts of the country which discourages road travel.

In order to improve passenger traffic, airlines have adapted ways to reassure customers and travellers of their safety at the airport or onboard aircraft. Some of these creative ways airlines adapted include promoting of online bookings and launching new virtual booking platforms.

Since the restart of flights services in September 2020, the focus of the Nigerian airlines has shifted from restarting operations to building passengers trust and improving their passenger traffic. Overland Airways was one of the first airlines to resume flights when the lockdown was lifted late last year. In February 2021, Overland Airways, one of Nigeria’s leading and longest-serving airlines increased the number of flights into Ilorin from Lagos with an additional flight every Monday to Friday. It has also intensified services online and on whatsapp.

In January 2021, Air Peace launched new domestic routes and resumed on suspended ones, and Ms. Oluwatoyin Olajide, its Chief Operating Officer,says the airline has taken steps to reposition itself.United Nigeria Airlines which started operations in 2021, is also partnering with some airports to drive passenger traffic, working with the Bayelsa State government to commence scheduled flights to Bayelsa International Airport.

The COO of Ibom Air, George Uriesi, said the alliance will offer increased frequencies, providing more options for passengers and business retention for both airlines.

However, the discovery of new variants of the virus has made it difficult for airlines to fully regain the trust of travelers. Popular virtual meeting platforms such as Zoom, Google Meet, Teams, etc. are preferred among some travelers avoiding travel and possible infection.

Ms. Temiloluwa Odetunde, a Product Manager, says she is still not convinced of making a full return to air travel. “I am not confident neither do I trust the airlines because all they are doing is for them to make money not because they really care about me.”

Another frequent flyer, Mrs. Esosa Nwaimo, a Human Resource Manager, says she believes that the airlines are not doing much to inspire travellers back to travelling by air. states: “People are still concerned and worried about travelling and the airlines are supposed to focus on making every part of the process easy for travellers and not frustrating them.”

Besides, Mr. Isreal Ayoade, a Business and Financial Consultant, notes: “I have travelled several times since the airports reopened and I can say that the airlines are trying, but I think they can do better. Issues such as cancellation of flights without informing the passengers on time are not helping the airlines’ image and business at all.”

Regarding reduction of fares, Mrs. Seyitan Jobs, a Senior Marketing Officer, says:”I believe the airlines know what they are doing, but I think it’s a smart move in times like this when people are still worried about the COVID-19 virus.”

Beyond the efforts of the airlines to improve their services and revenue, the economy also plays a major role in increasing passenger travel. It is expected that recovery will continue in Nigeria air transport industry while airlines manage the challenging situation more effectively.