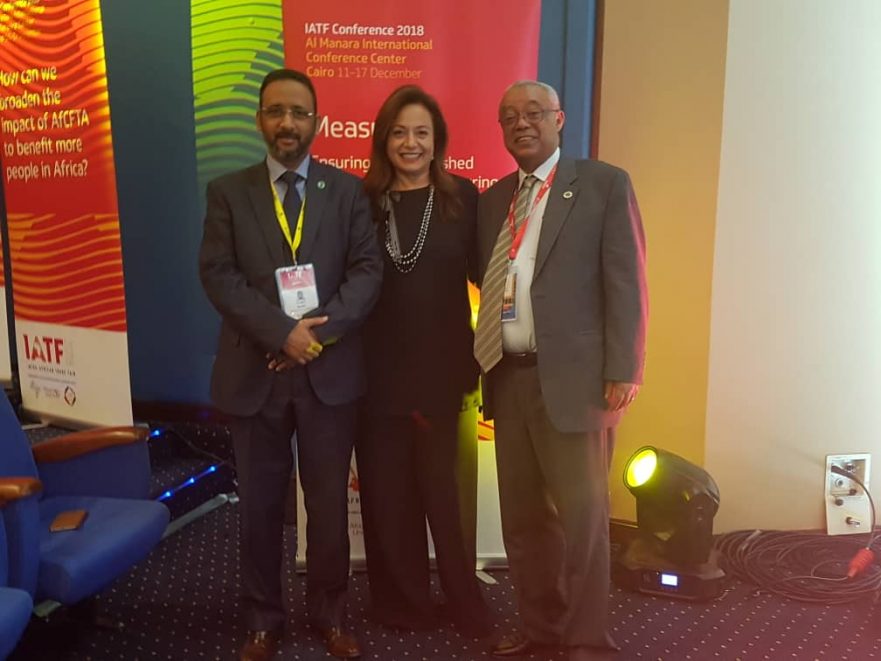 Mr. Mekonnen says: “I had a very successfully discussion with Her Excllency. the Commissioner of Infrastructure and the Director of Infrastructure, Energy and Transport on the sideline of IATF in Cairo, 14th Dec.2018.The Commissioner, while congratulating me, also assures that the AUC will assist AFCAC to meet the expectations of the HoSG and Partners.”

Mr. Mekonnen also says the Commissioner will visit AFCAC in few weeks time. The recent election of AFCAC Secretary General raise hopes expeditious implementation of the Single African Air Transport Market (SAATM) launched in January 2018 and championed by the African Union. The meeting of Mr. Mekonnen with the AUC leadership in Cairo is one of the series of meetings expected of him with African air transport institutions and aviation partners towards the speedy implementation of the SAATM Africa-wide.

IATF 2018 is aimed to effectively contribute to the implementation of the AfCFTA. The signing of the African Continental Free Trade Agreement earlier this year had sent a strong message to the world that Africa is ready to chart a new path, a path to economic independence and a willingness to look inward for industrial growth. However, African Union Member States yet to sign the African Continental Free Trade Area (AfCFTA) are encouraged to do so to make a single African market of over 1 billion people – a reality.