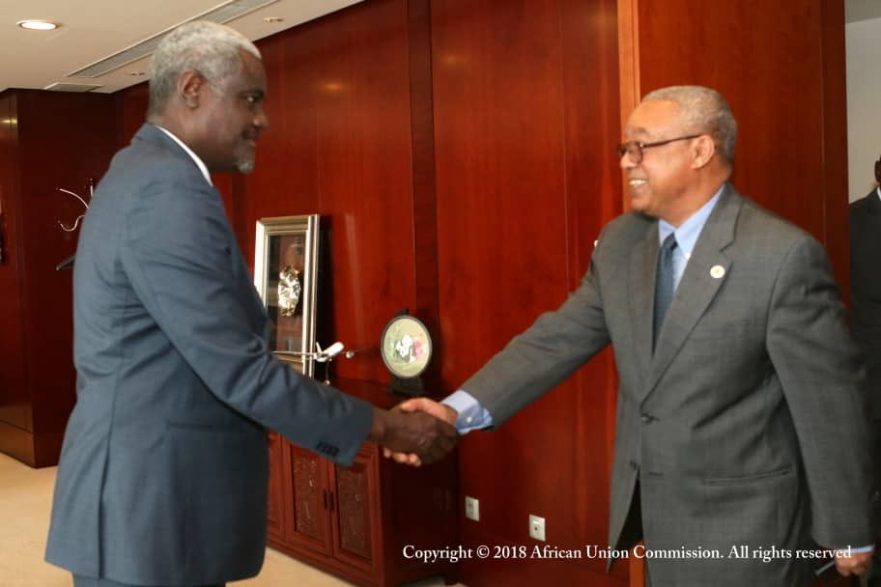 The Chairperson of the African Union Commission (AUC) HE Moussa Faki Mahamat has assured Mr. Tefera Mekonnen Tefera, new Secretary General of the African Civil Aviation Commission (AFCAC), of AUC’s support on policy issues as its specialized Agency on all matters of civil aviation on the continent and the Executing Agency of the Yamoussoukro Decision (YD) and the Single African Air Transport Market (SAATM).

The Chairperson of the AUC made this known during the first official visit of the new AFCAC Secretary General to the AUC Headquarters in Addis Ababa, recently.

At the meeting, the AUC Chairperson emphasizes that operational issues and coordination with all partners should remain under AFCAC’s mandate, which would allow AFCAC to deliver and meet public expectations.

The SAATM was launched by the African Union (AU) in Addis Ababa, Ethiopia, in January 2018 with the aim of opening up interconnectivity in all parts of Africa to contribute to the realization of the AU’s Agenda 2063 economic objective.

As at January 2019, 27 African States have signed the Solemn Commitment and AFCAC is optimistic that more member States will join the SAATM in 2019. More so, two Regional Economic Communities have also signed a Memorandum of Cooperation with AFCAC to expedite implementation of the SAATM and YD in their regions, and more RECs are expected to commit to it this Year.