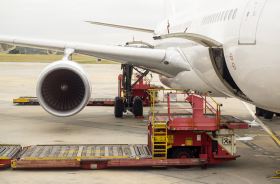 Interestingly, IATA states that African carriers posted the fastest growth of any region in July 2019, with an increase in demand of 10.9% compared to the same period a year earlier.

This continues the upwards trend in FTKs that has been evident since mid-2018 and makes Africa the strongest performer for the sixth consecutive month.

Capacity grew 17% year-on-year. Strong trade and investment linkages with Asia have underpinned a double-digit increase in air freight volumes between the two regions over the past year.

“Trade tensions are weighing heavily on the entire air cargo industry. Higher tariffs are disrupting not only transpacific supply chains but also worldwide trade lanes. While current tensions might yield short-term political gains, they could lead to long-term negative changes for consumers and the global economy. Trade generates prosperity. It is critical that the US and China work quickly to resolve their differences,” said Alexandre de Juniac, IATA’s Director General and CEO.