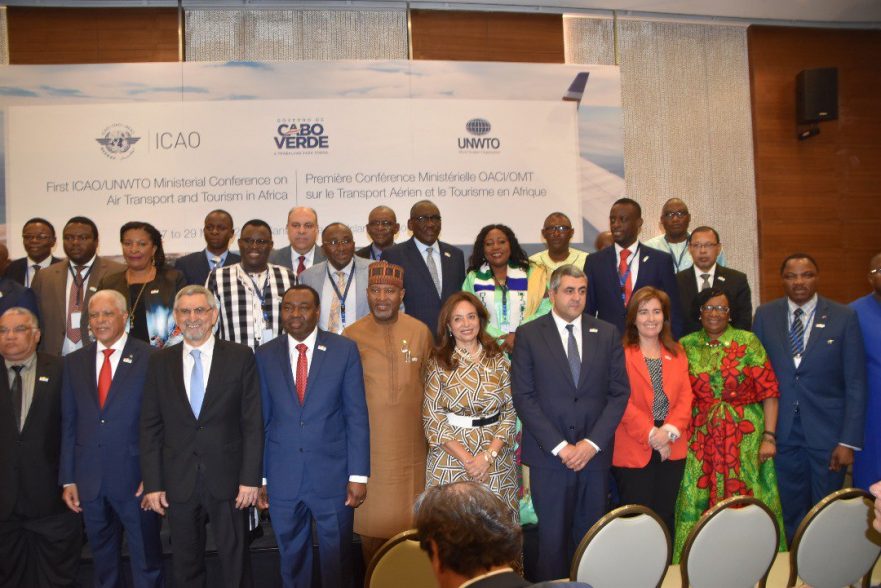 President of the International Civil Aviation Organisation (ICAO), Mr. Benard Aliu, says market liberalization, visa facilitation among others are important to have a sustained growth in Africa and thereby encourages African States to support liberalization of the continent’s airspace.

Dr. Aliu, who spoke at the first UNWTO-ICAO Ministerial Conference on Air Transport in Africa held recently in Cabo Verde, states that air transport and tourism are highly synergistic sectors which continue to deliver increasing contribution to global economic prosperity.

He states: “Their combined contribution to the world’s Gross Domestic Product (GDP) is close to 14 percent and their interdependence is clearly demonstrated by the fact that no fewer than 57 percent of international trade is linked with air transport and tourism.”

Mr. Zurab Pololikashvili, Secretary-General of the World Tourism Organization (UNWTO), is also convinced that for Africa to get maximum dividends of tourism, more African States must embrace the liberalization of the African skies. The Single African Air Transport Market (SAATM) which heralded the liberalization of air transport in Africa for African airlines, was launched in Addis Ababa, Ethiopia, by AU heads of State in January 2018. He states: “With the development of a sustainable air transport sector in Africa, it can multiply its effect on the growth and diversification of its economies.”

Also, Mr. Peter Amaleboba, Ag. Director of Air Transport of the African Civil Aviation Commission (AFCAC), advocates for the Single African Air Transport Market (SAATM) as one of the critical enablers of connectivity and seamless travel. Increased connectivity provided by air transport is at the heart of tourism development and leads to more investment in both sectors, creating a healthy cycle of economic development on the continent by establishing appropriate planning and investment commitments.

The Conference, hosted under the auspices of H.E. Jorge Carlos Fonseca, President of Cabo Verde, had State Ministers of Transport and Tourism in attendance, as well as important technical global players. The first Ministerial Conference on Tourism and Air Transport in Africa built on the progress and advancement achieved in the air transport and tourism sectors as well as developed and generated pragmatic solutions to enable African States maximize the benefits of tourism and air transport development.