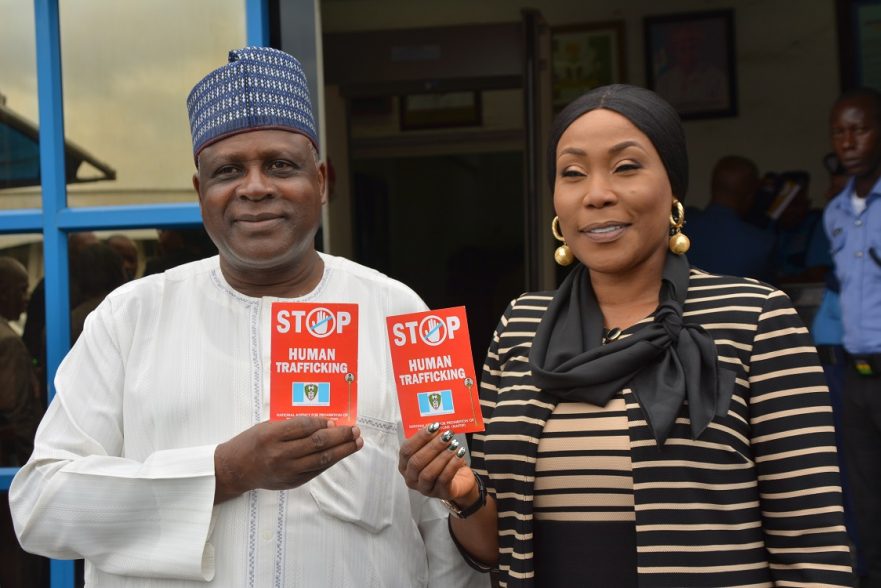 The Director General of the Nigerian Civil Aviation Authority (NCAA), Capt. Muhtar Usman, has assured the National Agency for Prohibition of Traffic In Person (NAPTIP) of the Authority’s unflinching support in its fight against the scourge of human trafficking in Nigeria.

Capt. Muhtar Usman gave this assurance when he received a high powered NAPTIP delegation led by its Director General, Dame Okah-Donli on an advocacy visit recently at the Authority’s Aviation House in Lagos.

According to Dame Okah-Donli, it has become very imperative to embark on the visit to the NCAA as the regulator of the aviation industry in Nigeria, since young Nigerians are lured out of the country through the airports which is a major exit point.

Dame Okah-Donli implored NCAA to ensure airlines are mandated to fulfill part of their obligations under the Trafficking In Persons (Prohibition) Enforcement and Administration Act, 2015.

The DG NAPTIP presented some of the sensitization materials developed for the aviation industry for review and validation by the Authority before its implementation. She added that a workshop to engage relevant operators in the industry is forthcoming.

Also, Capt. Muhtar Usman assured that the NCAA while discharging its regulatory functions will ensure all airline operators adhere to the Nigeria Civil Aviation Regulations (Nig. CARs) at all times. He promised to review and validate the documents he received from the body.