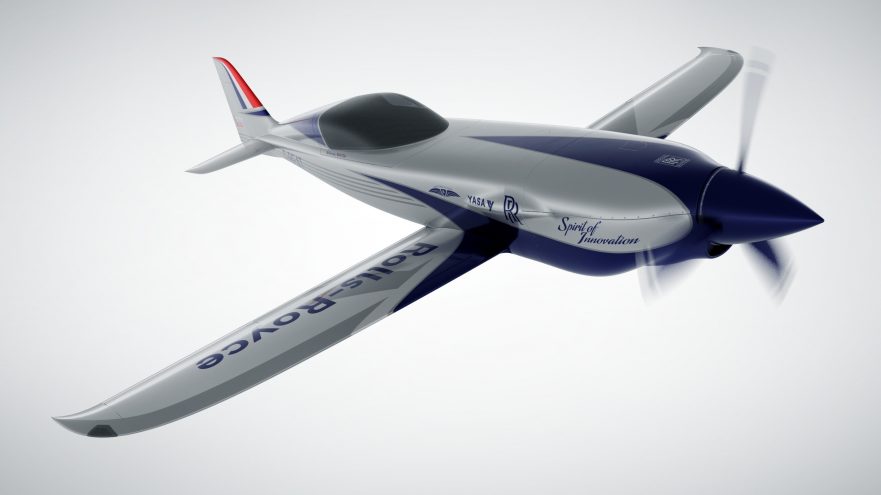 Rolls-Royce is leading a highly specialised challenge to build the world’s fastest all-electric aircraft. This zero-emissions plane is expected to make a run for the record books with a target speed of 300+ MPH (480+ KMH), with a range of over 200 miles : (London to Paris, Nairobi to Mombasa or Johannesburg to Durban)

Rolls-Royce will make history when this first fully electric aircraft with a wingspan of 24ft takes to the skies in 2020 after 24 months of development.  It has the most powerful battery ever flown.  Three lightweight e-motors.  Generating 750kW, enough power to fuel 250 homes, and 1,000 horsepower which is roughly the equivalent of a F1 race car (but without the emissions).

As part of Rolls-Royce’s strategy to champion electrification, the “Accelerating the Electrifcation of Flight” project ACCEL is Rolls-Royce’s initiative to build, test, and commercialise a specially designed aircraft powered entirely by megawatts.

Rolls-Royce and its partners, ElectroFlight and YASA, intend the single-passenger aircraft to break a series of speed, performance, and development records. ACCEL’s overarching mission is to develop the requisite technology and supply chain knowledge to spur development of future aircraft concepts.

“ACCEL is nothing less than a revolutionary step change in aviation,” says Matheu Parr, manager of the ACCEL project for Rolls-Royce. “This plane will be powered by a state-of-the-art electrical system and the most powerful battery ever built for flight. In the year ahead, we’re going to demonstrate its abilities in demanding test environments before going for gold in 2020 from a landing strip on the Welsh coastline.”