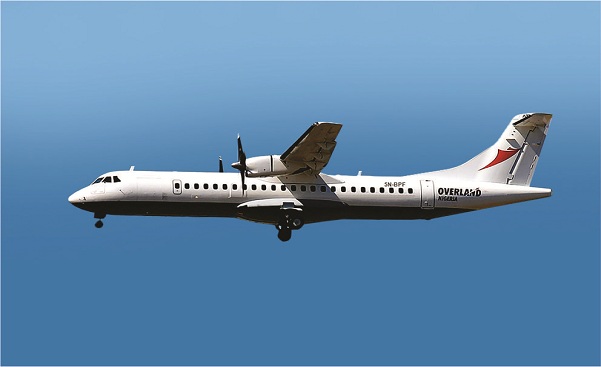 The year 2021 was so challenging for the African aviation industry as it struggled to recover from the COVID-19 pandemic. The International Air Transport Association 2021 report on the economic performance of airlines in the industry stated that Africa is lagging behind other regions in its vaccine rollout, which will impact international travel recovery. Airlines in the region are expected to post a $1.5 billion net loss in 2022 on top of a $1.9 billion loss in 2021.

The Aviation sector in Nigeria is not excluded from the challenges that came with the COVID-19 Pandemic. Aside from the issues of Covid-19, there are other factors that could define the year 2022 for the Nigerian aviation industry. 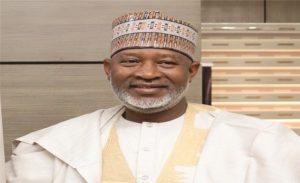 Establishment Of A National Carrier

In 2018, the Nigerian Minister of Aviation, Sen. Hadi Sirika announced and unveiled the name and logo of Nigeria’s new national airline at the Farnborough International Air Show in London, 15 years after the previous state-run airline, Nigerian Airways ceased operations.

Three years after the announcement, much has not been done until recently, when the minister told newsmen at the end of a virtual Federal Executive Council meeting that the Airline will begin operations in April 2022.

Sen. Sirika said the federal government would not own more than five per cent equity stake in the carrier while Nigerian investors would own 46 per cent shares and international strategic partners would own 49 per cent stake. He also said that the outline business case has been approved by the Council. He further explained that the airline would start operations with three wet-leased aircraft and continue to expand with more aircraft orders, and would be capable of providing 70,000 jobs.

The establishment of a national carrier in 2022 could enable Nigeria take advantage of the Single Africa Air Transport Market (SAATM), reduce air rates through competitive pricing, and improve Nigeria’s position in Bilateral Air Service Agreements (BASAs) with other nations.

One of the issues that dominated the Nigeria aviation sector in 2021 was the issue of airport concessioning.  On 25 October 2021, the Federal Government revealed that it had closed bidding for four major airports (Lagos, Abuja, Port Harcourt and Kano) with a plan to announce new concessionaires.

Since the announcement, the concession plan has continued to generate heated debates and fear of job loss among stakeholders especially the unions, leading to a series of protests and the Nigerian Union of Pensioners (NUP), FAAN branch, warning bidders to be wary of the indebtedness of the agency. Despite the issues surrounding the concession plan, the Minister of Aviation insists that concession is the only way that the airports would be maximized, and allayed the fears of job loss.

The Minister said airports in Nigeria are operating in a suboptimal environment as there is relatively low asset utilization due to the limited operating hours of other smaller Nigerian airports; lack of terminal capacity as the airports fall short of gates, stands and check-in desks. The Murtala Muhammed International Airport, Lagos terminal, built in 1979 for 200,000 passengers, currently processes nearly eight million flyers.

If the concessioning plans succeed in 2022, it will serve as a catalyst for development, prioritization of effective management, human and physical capacity development and entrench performance culture.

In September 2021, the federal government through the Nigerian Civil Aviation Authority (NCAA) approved new safety threshold charges for services rendered by the ground handling companies, commencing from October 1, 2021, for international carriers and January 1, 2022 for domestic operators.

According to the review, foreign airlines shall pay ground handlers between $1,500 and $5,000 for passenger and cargo airlines while their domestic counterpart will pay between N25, 000 and N70, 000, depending on the aircraft type.

It is expected that with the implementation of the new ground handling charges, the additional revenue would be used to provide training for ground handling personnel and acquisition of state-of-the-art handling equipment and overall improvement of the ground handling activities.

Establishment Of MRO And Leasing Company

The establishment of an MRO and aviation leasing company this year would be major achievement for the Minister of Aviation, the ministry and the industry at large, if achieved.

The federal government began its quest to establish an MRO aviation leasing company in November 2020 when it requested for pre-qualified bidders to submit their bids in response to the Request for Proposals (RFP) for the establishment of an Aviation Leasing Company (ALC).

The Ministry said plans are in place to have the MRO facility sited at the Nnamdi Azikiwe International Airport, Abuja and would cater to the West and Central African market and will also service the proposed national carrier and the leasing company. It said most airlines take their aircraft overseas for maintenance and the cost is enormous.

In 2021, the Nigeria aviation sector welcomed new airlines into the industry; these include United Nigeria Airlines, Green Africa Airways and Cally Air while Cardinal Airline, Chanchangi Airline and NG Eagle are working toward commencing flight operations.

The older airlines are not left out of the activities as a number of these airlines in their expansion bid, inked new deals with aircraft manufacturers. In November 2021, Overland Airways, one of the leading airlines in Nigeria placed orders for 3 new E175 E-Jets, purchase right, plus 3 aircrafts. The transaction was announced at the Dubai Airshow and is worth USD299, 4 million, at list price with all options exercised. The new aircraft, the airline’s first jets, will be deployed to increase scheduled flights on domestic routes and to expand its regional network. The airline also expanded its route when it added the Lagos-Warri-Lagos, Abuja-Warri-Abuja route to its list of growing routes.

United Nigeria Airlines also acquired an Airbus 320 aircraft and with this acquisition, the airline has grown its fleet size to eight, a milestone aviation stakeholders applauded.

Ibom Air, Akwa Ibom state-owned Airline also sealed an agreement with Airbus Company to acquire additional 10 A-220 aircraft to boost its fleets to 17. The deal was signed at the Dubai Air show, in Dubai, United Arab Emirates (UAE).

Another Nigerian airline, Air Peace, also ordered 13 new Embraer 195-E2 aircraft from the Embraer Facility in Sao Jose Dos Campos and made purchase rights of additional 17 more which will be activated by 2023. The airline received four of the aircraft in 2021 and more are expected to be delivered this year.

The expansion of routes in 2022 outside the four most viable routes will stimulate economic growth around those routes, create more jobs in the industry, boost capacity of operating aircraft in the country, reduce delays, flight cancellation and also encourage competitive price of tickets.