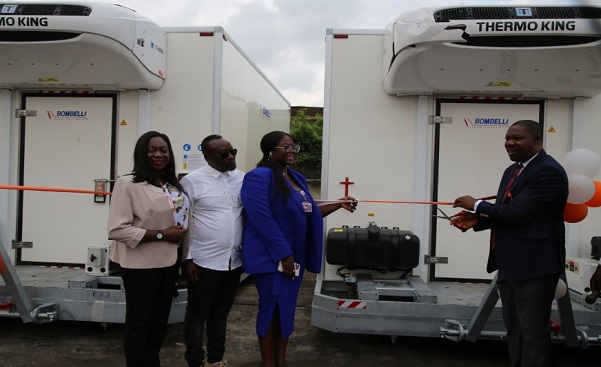 According to SAHCO, the Cool Dollies are the first of its kind in West Africa amongst other multi-million naira Ground Support Equipment (GSE) to further augment its services to its clients.

The Ground Support equipment unveiled by SAHCO also include, Pallet dollies, Pushbacks, Air Conditioning Units (ACUs), water and toilet bowers. The three Cool Dollies which can be described as Mobile Cold rooms were manufactured by Bombelli a reknowned G.S.E. manufacturer from Italy which has the capacity of taking a pallet or two AKE container load of temperature sensitive shipment from the aircraft to the cold rooms or freezers in the warehouse. 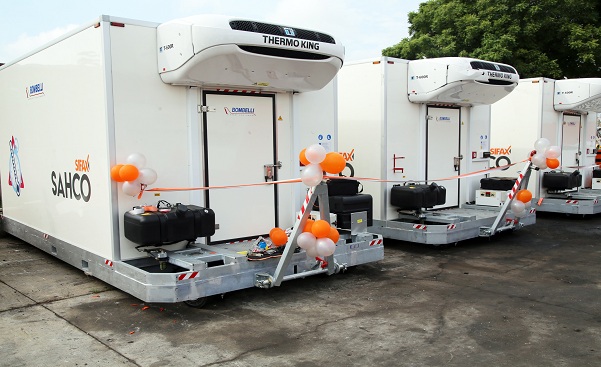 Furthermore, the Cool dollies are equipped with an automatic electric powered engine that is environmentally friendly, and are fitted with data loggers to catalogue the pressure and temperature level of the compartment to protect its contents.

Mr. Basil Agboarumi, Managing Director/CEO, SAHCO, states that the new equipment would be added to its arrays of facilities at the airport, explaining that SAHCO believed in continuous enhancement of facilities and would continue to invest in modern equipment in a bid to satisfy its clients, especially the airlines who he described as very important segment of its business.

Mr. Agboarumi lauds the Board of Directors of SAHCO for giving its approval for the purchase of the equipment, but appealed to the Federal Government to also grant the Ground Handling companies customs duty waivers on acquisition of equipment.

“SAHCO is doing this because we believe in adding values to the environment, we operate in. Despite the current economic challenge in Nigeria, we are doing this at this time. These cool dollies are the first of its type in Nigeria. It can be used for the movement of perishable cargo from cold rooms to airlines and vice versa,” Mr. Agboarumi adds.