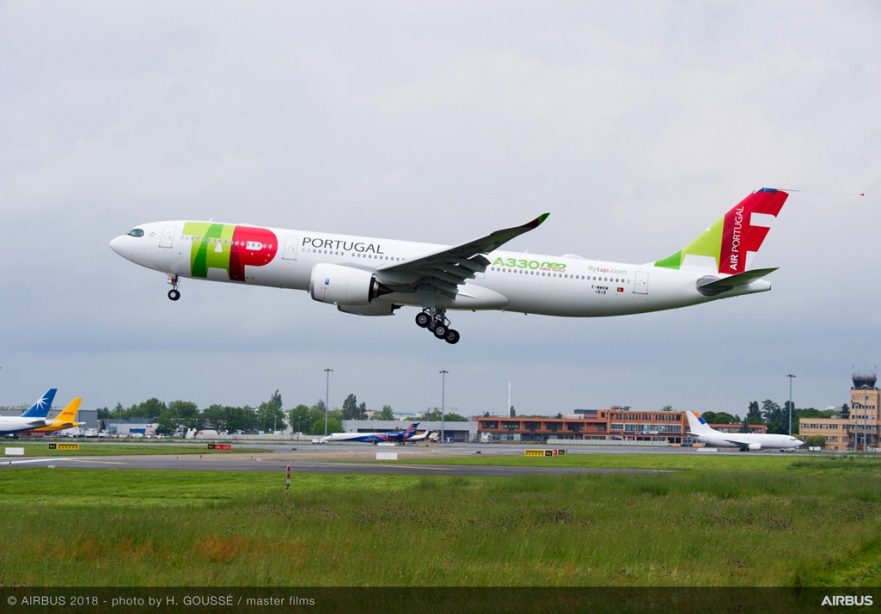 Airbus will fly its brand new A330neo to Mauritius for the first time, as part of the final phase of test flights leading to the Type Certification of its latest mid-size widebody airliner.  The aircraft, an A330-900 painted in the livery of launch operator TAP Air Portugal, will arrive at 12:50 am on 30th June at Sir-Seewoosagur-Ramgoolam International Airport (MRU) after a flight from Kuala Lumpur (Malaysia). This stopover is part of the ”route proving” campaign taking place around the world designed to demonstrate to aviation authorities its compatibility with airports and readiness for airline operations. This trip marks the A330neo’s first time in Africa.

The A330neo is the latest version of the best-selling twin aisle A330 Family and is available in two versions, with the A330-800 seating around 250 passengers in three classes and up to 400 in an all Economy layout, and the larger A330-900 offering accommodation for around 300 in three classes, or up to 440 in a high density single class configuration.

Air Mauritius has already ordered two A330-900 on lease from ALC, and later this year, Air Mauritius will be the world’s first airline to operate both the A330neo and the A350 XWB, the Airbus leading widebody family. Air Mauritius currently operates a fleet of 12 Airbus aircraft of which two A350s, six A340s, two A330s for long haul operations and two A319s for regional services.

Launched in July 2014, the A330neo family is the new generation A330. It builds on the proven economics, versatility and reliability of the A330 family, while reducing fuel consumption by about 25 percent versus previous generation competitors and increasing range by up to 1,500nm compared to the majority of A330s in operation. The A330neo is powered by Rolls-Royce’s latest-generation Trent 7000 engines and features a new wing with increased span and new A350 XWB inspired Sharklets.

Passengers can expect the highest levels of comfort when flying on the A330neo, with the aircraft featuring the award-winning Airbus Airspace cabin. The Airspace cabin has newly designed sidewalls and fixtures, larger overheard storage, advanced cabin mood lighting and the latest in-flight entertainment and connectivity.

The A330 is the most popular widebody aircraft ever, having won over 1,700 orders from 119 customers worldwide. Today, over 1,370 A330s are in service with 125 airlines, flying on everything from high density domestic and regional operations to long range intercontinental routes. Type Certification for the A330neo is scheduled for Q3 2018, followed by entry-into-commercial service with TAP Air Portugal.