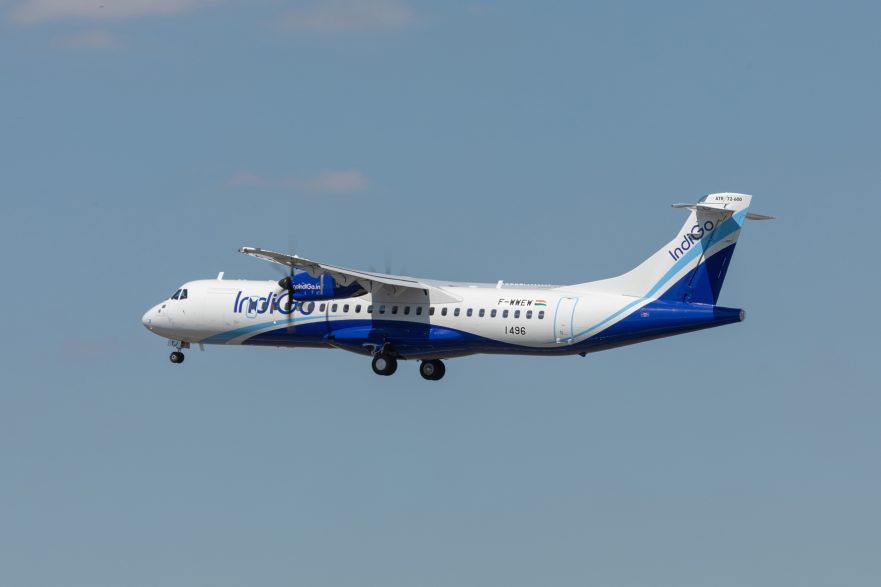 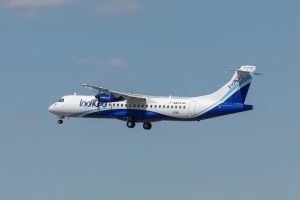 ATR has achieved an important milestone with the delivery of its 1,000th ATR 72. The aircraft took to the sky in the colours of an Indian domestic carrier, IndiGo. This delivery consolidates the ATR 72 as an outstanding commercial success and a benchmark in the regional aviation market.
The ATR 72 was officially launched on January 1986 with its first delivery to the Finnish carrier Finnair in October 1989. Its enduring popularity with customers and operators over 30 years later is a testament to the quality of the aircraft and its many innovations over time. The programme was launched with the ATR 72-200 (187 deliveries) before the introduction of the ATR 72-500 (365 deliveries) in 1997 with American Eagle. The most recent model, the ATR 72-600 (448 deliveries), was launched in 2009 and entered into service with Royal Air Maroc in 2011. With continuous innovation at the heart of ATR, this aircraft continues to integrate new technologies and solutions, allowing operators to open new routes and ensure connectivity with unbeatable economics. The ATR 72 is the best-selling regional aviation aircraft in production today.
ATR predicts that the market will require over 3000 turboprops prior to 2037. Proven route openers, ATRs open on average 100 routes every year, reaching over 150 in 2017, thanks to their unbeatable economics. Furthermore, ATRs are also the most eco-efficient aircraft on the market. If every regional aircraft was a turboprop, up to 11% of overall regional aircraft emissions would be saved. When compared to a regional jet, an ATR 72 can burn up to 45% less fuel.
Commenting on this achievement ATR’s Chief Executive Officer Christian Scherer says: “The ATR 72 has proven to be an outstanding success for over three decades. We are sincerely proud of delivering this 1,000th aircraft, as it underlines the many advantages it provides to airlines when it comes to ensuring essential connectivity and exploring new business opportunities. We look forward to consolidating and extending the attractiveness and success of the ATR 72 for many more years.”
Source: ATR PRESS