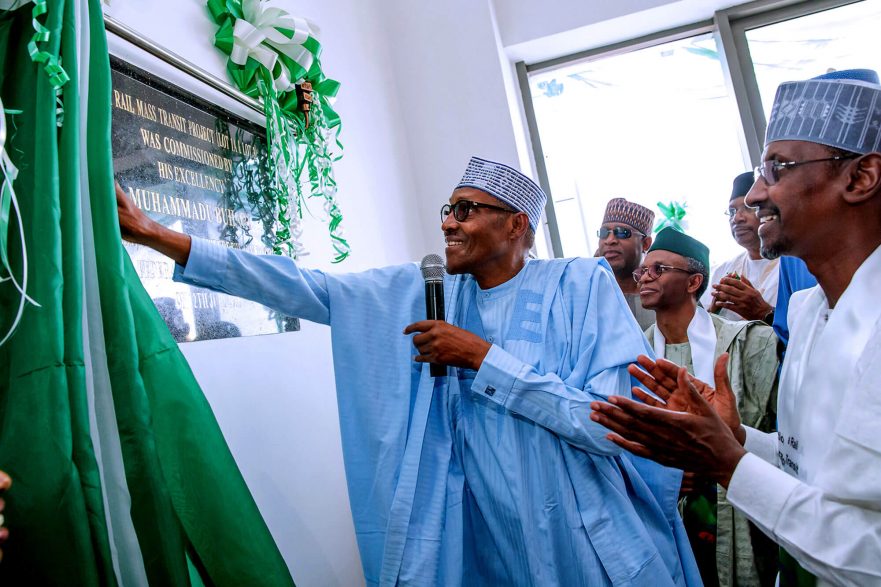 The Minister of State for Aviation, Senator Hadi Sirika has said that promoting aviation in Nigeria will benefit all, adding that aviation will continue to play a vital role in developing the Nigerian economy.

The Minister, represented by the Commissioner of the Accident Investigation Bureau (AIB). Engr. Akin Olateru, made this known at the Association of Foreign and Airlines Representative in Nigeria (AFARN) Summit and Award Night held of recent at the Sheraton Hotel & Towers, Lagos. 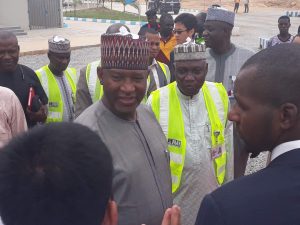 Sen. Hadi Sirika (left) and Engr. Saleh Dunoma at the commissioning of the light rail

Senator Sirika says: “The theme of the event is timely. “Promoting the Nigerian Gross Domestic Product (GDP) through Safety Consciousness in the aviation industry” for me presents a win-win position for all stakeholders. The topic is apt and could not have come at a better time when Nigeria is truly diversifying her economy, in which case every component of the national economy including aviation is expected to contribute to the growth of the nation’s GDP.”

The Minister says air transport will continue to play a key role in promoting economic activities in the country, adding that the government is making concerted efforts to ensure that issues likely to inhibit steady growth in the industry are nipped in the bud. The need for a true national carrier, the need to improve investment climate and the challenge of nonviable airports system were some of the issues he says the government is currently addressing.

“Interestingly, aviation being one of the major pillars of global economic trade points to the fact that by the year 2034 eight of the fastest growing markets in percentage terms will be in Africa of which Nigeria remains a major force due to her population on the continent and will thus continue to have a fair share of the growing market regionally.

The Minister also highlighted remarkable improvements witnessed in the sector lately, one of which is the just commissioned rail project connecting the Nnamdi Azikwe International Airport (NAIA) and Abuja city. The project was launched by President Muhammadu Buhari to provide seamless movement of people between the NAIA and the heart of Abuja. 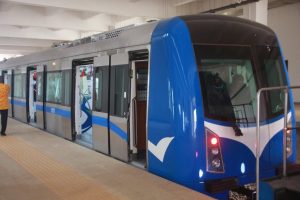 Furthermore, at the event, AFARN recognized individuals and organizations that have in one or the other distinguished themselves and contributed to the aviation industry in Nigeria. Among those inducted into the AFARN Hall of Fame include Dr. Harold Demuren, former Director General, NCAA; Captain Chinyere Kalu, first female pilot and former Rector, NCAT; Mrs. Cecilia Akagbu, first Nigerian Cabin Crew, among others.