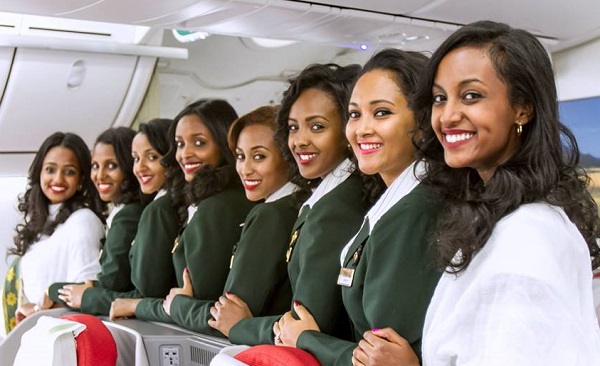 Recently, the world celebrated the International Women’s Day. The aviation industry marked this day with various events in parts of Africa, mostly focused on how to strengthen African women’s participation in the aviation industry.

Moreso, the reappointment of Dr. Fang Liu by the Council of the International Civil Aviation Organization (ICAO) as Secretary General of the UN Specialized Agency for a second three-year term, beginning 1 August 2018, no doubt, further buttresses the important role that women play in global and regional aviation development.

In Africa, the growing number of female aviation professionals is notable. The many all-female flight operations undertaken by African airlines are a testament to this development. From manning the cockpit, aviation engineering, ground handling to managerial positions, the male-female disparity is expected to be gradually closing up with the rise of more women in aviation business. Yet, the statistics are still unsatisfactory as Dr. Liu says “current statistics reveal that less than seven per cent of the aviation workforce is female, and at the CEO level that drops to less than five per cent.”

Corroborating Dr. Liu’s point, Mrs. Alina Nassar, the President of International Aviation Women’s Association (IAWA) laments thus: “We have a shortage of skilled aviation professionals. Half the population is women, but we estimate that women in leadership roles in aviation and aerospace are closer to 10%. The industry is more equal, but we are far from being truly equal.”

Also, several initiatives and partnerships are being undertaken at the International Civil Aviation Organization (ICAO) to support the advancement of talented women within the global aviation community.  ICAO Assembly Resolution A39-30 on ICAO’s Gender Equality Programme, which promotes the participation of women in the global aviation sector, aims to achieve UN Sustainable Development Goal No.5 on Gender Equality and Empowerment of Women within the framework of the 2030 Agenda.

Aircraft manufacturers are also taking initiatives in this direction. Airbus CEO, Mr. Tom Enders, says: “I am committed to ensuring that, at Airbus, we encourage equality and empower women, by recognizing and promoting their strengths and added value. This is the way to leap forward and succeed together.”

Also, IAWA’s Nassar says: “We are bringing more women into industry and creating awareness on how women can contribute to aviation and progress. Having such awareness and people talking about these issues will facilitate change.”

As a motivation, scholarships and grants will go a long way as incentive in encouraging young ladies interested in pursuing careers in aviation to achieve their dreams. Also, awareness that family and career management is possible in the aviation industry is critical.