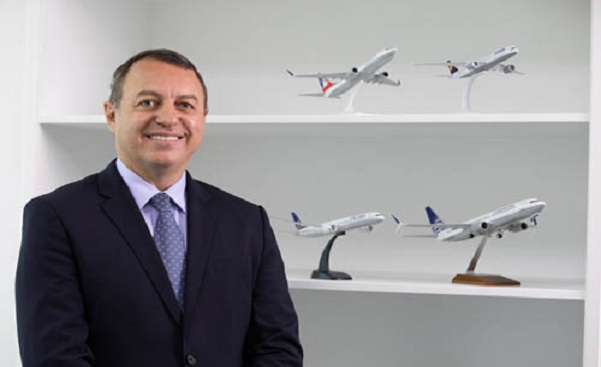 ACI said seven of the top 10 airports for passenger traffic are in China with three in the United States. In most cases, domestic air travel is beginning a modest rebound while international air travel remains depressed because of ongoing travel restrictions. For example, Hongqiao International Airport in China has moved from the 46th position in 2019 to the 9th in 2020, illustrating the uneven nature of the impact of, and recovery from, the pandemic across the world.

Luis Felipe de Oliveira, ACI World Director-General said: “The impact of the COVID-19 on global passenger traffic pandemic brought aviation to a virtual standstill in 2020 and we continue to face an existential threat. The data published today reveals the challenge airports continue to face and it remains imperative that the industry is supported through direct support and sensible policy decisions from governments to ensure that aviation can endure, rebuild connectivity, and fuel a global economic recovery.”

“The findings show that the impact remains uneven with different regions experiencing different challenges and requiring different policy decisions and support from governments to lay the foundation for recovery. “With some positive signs of recovery, especially in countries with high rates of vaccination, a sustained global recovery will only be realized with an escalation of vaccination campaigns, the continued development of digital health passes, and coordinated and cohesive policy support from governments,” de Oliveira added.

Air cargo volumes in the top 10 airports grew by +3% in 2020. These airports represent around 28% -30.6 million metric tonnes- of the global volumes in 2020. The gain can be attributed to the increase in demand for online consumer goods and pharmaceutical products and personal protective equipment. With a +6.7% increase, Memphis International Airport surpassed Hong Kong International Airport.

ACI World estimated that there were 58 million global aircraft movements in 2020, representing a drop of -43% from 2019. The top 10 airports represent 7% of global traffic -4.2 million movements- and experienced a drop of -34.3% compared to 2019. Atlanta Hartsfield-Jackson International Airport surpassed Chicago O’Hare International Airport, after leading in 2019 and 2018.

ACI revealed that for airports, revenues are tightly correlated to traffic levels but, like many other capital-intensive businesses, a large proportion of airport costs remain largely fixed and do not fall at the same level as traffic throughput and revenues during the crisis. Even with reduced operations, the closure of terminals and staff layoffs, this imbalance remains.

“There is no denying the current economic realities – and the financial shortfall they create – that airports face. Airports are economic generators, bringing socio-economic benefits and jobs to the communities they serve, and governments need to provide the necessary financial alleviation and assistance to suit local circumstances,” de Oliveira said.

“Airport operators also continue to work closely with their airline partners and other stakeholders balancing the current market realities with the cost of providing the infrastructure as they navigate the crisis together,” de Oliveira concluded.