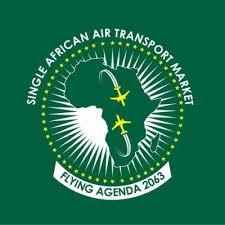 The Chairperson of the African Union Commission (AUC), HE Moussa Faki Mahamat, informed the 31st Summit of the African Union in Nouakchott, Mauritania, in mid-June on the progress of the implementation of the Single African Air Transport Market (SAATM). More States are expected to sign the Solemn Commitment to the SAATM which had been signed by 26 States as of May 2018. States, Regional Economic Communities (RECs) and Africa’s regional institutions to work collaboratively to operationalize the SAATM.

Also, the Common Market for East and Southern Africa (COMESA) signed a Memorandum of Cooperation with African Civil Aviation Commission (AFCAC) on the implementation of SAATM. The MoC provides a framework for the coordination and harmonization of roles for the management and oversight of the single market.

Under the accord, AFCAC and the RECS will cooperate in undertaking tasks assigned to them under the Yamoussoukro Decision (YD) towards promoting liberalization of air services.