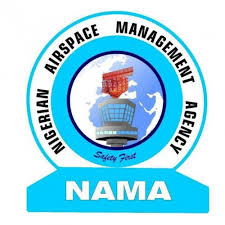 NAMA explains that the spare parts for the facility are regularly sourced from the manufacturer, Thales of France when required.

Mr. Khalid Emele, the General Manager, Public Affairs, NAMA stresses that NAMA regularly receives spare parts from Thales of France since the project came on stream in 2010 noting that the Agency would continue to provide state-of-the-art air navigation facilities without compromising safety of lives and properties.

Mr. Emele furthers that as at August 28, 2018, NAMA still received spares and quotation for more spares from Thales of France, adding that the Agency consistently has discussions on spares with the manufacturer. He emphasises that NAMA takes delivery of spare parts from Thales of France on a regular basis.

He says: “Though there was a delay in delivery of some spares but that there are no spares at all from the company is a misrepresentation. In fact, there have been ongoing discussions with Thales on the contractual agreement. So, it is not true that we don’t have spares from them. They are doing repairs for us and you cannot do repairs without spares.”

NAMA also states that preparations are on-going to install navigation aids in the country’s major airports as effort to reduce flights cancellations that is characteristic of the fast-approaching amazing season.

The TRACON project was borne out of the need to have a functional Radar system and improve the level of air safety as well as enable efficient control of aircraft within the Nigerian airspace, and in fulfillment of the Surveillance component of Air Traffic Management as stipulated by the International Civil Aviation Organization (ICAO)

The contract was signed on the 7th of April, 2003 between NAMA and Thales ATM of France at the sum of 66,500,870 Euro. The project principally comprises four Primary Surveillance Radars (STAR 2000) and nine Monopulse Secondary Surveillance Radars (RSM 970M) to cover the following stations – Lagos, Kano, Abuja, Port Harcourt, Ilorin, Maiduguri, Talata-Mafara, Numan and Obubra configured to be interconnected through a VSAT network.