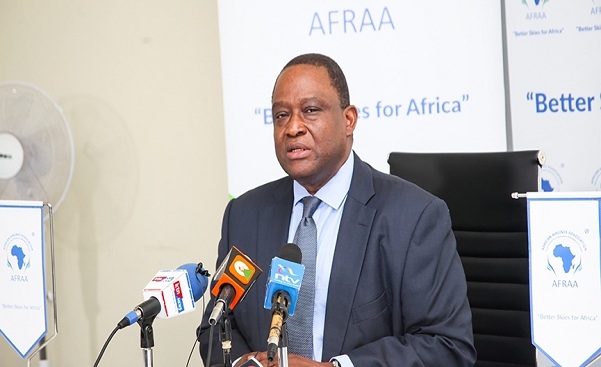 African Airlines Association (AFRAA) and Airports Council International Africa (ACI Africa) have signed a memorandum of understanding (MoU) to materialize their cooperation. Under the framework of the MoU, AFRAA and ACI Africa will mutually support the development of the air transport industry in Africa through collaborative actions to address safe, secure, seamless, environmentally-friendly and affordable air travel, among others.

Under the MoU, AFRAA and ACI Africa will align their actions and work jointly on the following main areas such as promotion and sharing of best practices to foster constructive engagement between airport operators and air carriers.

AFRAA said it will also work with ACI in the areas of safety enhancement initiatives in line with the Abuja Safety targets, promotion and implementation of new technologies in air travel, data and intelligence sharing and affordable airfares in Africa using a holistic approach for the reduction of the cost of air travel.

The Focused Think Tank group, led by AFRAA and ACI Africa and comprising subject-matter experts in airports and airlines, to exchange views, steer constructive dialogues and address matters of prime importance and interest for the air transport industry in Africa.

AFRAA Secretary-General, Mr Abdérahmane Berthé stated: “The high cost of airline operations in Africa negatively impacts the viability of African airlines and hinders the sustainable growth of air transport industry in the Continent. One of the constituents of these high costs is the high aviation-related taxes in the region. Through concerted efforts under the framework of this MoU, AFRAA and ACI Africa will foster regular constructive dialogues with the respective members of our organisations on aviation taxes which will lay the foundation for joint actions and advocacy.”

“This MoU, which comes at a time most needed when the industry is navigating turbulent times, will commit both our organizations to a stronger working relationship for the development of air transport in Africa,” Mr Berthé added.

ACI Africa’s Secretary-General, Mr Ali Tounsi noted: “The development of a safe, secure, and financially viable and sustainable air transport industry in Africa cannot be undertaken without strong and enhanced collaboration between airports and airlines. The MoU signed between ACI Africa and AFRAA was long overdue.  I am delighted that the collaboration between our two organizations is being brought to an altogether new level, paving the way for a constructive stakeholder engagement based on mutual trust and respect. This MoU will indeed facilitate the concrete and tangible delivery of services by both our organizations and the implementation of joint actions to advance the air transport industry on the continent.”