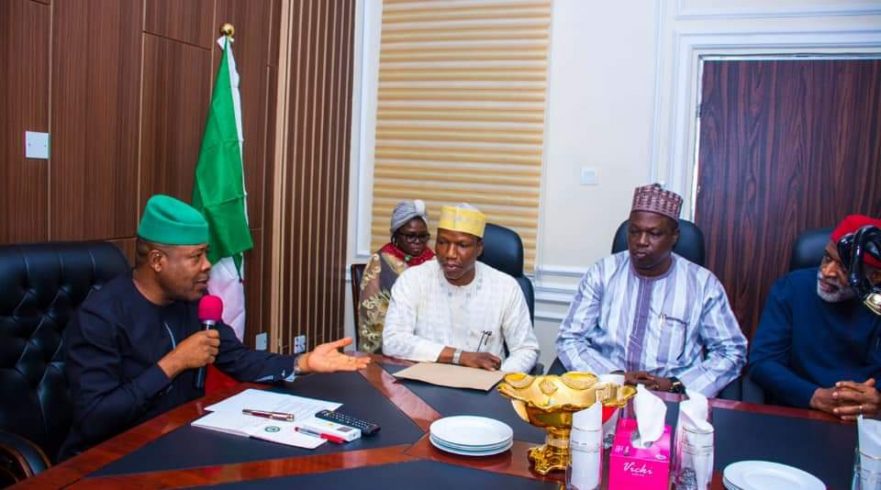 Capt. Rabiu Yadudu, Managing Director of the Federal Airports Authority of Nigeria (FAAN), has said that the Owerri Airport is very strategic to the economic development of the South Eastern region of Nigeria, empasising the need for the Authority to collaborate with the Imo state government and other stakeholders to develop infrastructure at the airport.

Capt. Yadudu who made this remarks during a courtesy visit to Hon. Emeka Ihedioha, the Imo state Governor, highlighted the huge business and tourism potentials of the airport explaining that investment at the airport will be a catalyst for the development of the state and will create employment for the indigenes.

Capt Yadudu expressed his appreciation to the Governor and people of Imo State for their hospitality and tremendous support shown to the Authority while also assuring the Governor of the Authority’s commitment to consolidate its partnership with the state towards improving on safety and security infrastructure at the airport.

On his part, Hon. Ihedioha thanked the FAAN team for the visit and expressed the readiness of his administration to continually support the Authority to develop critical infrastructure at the airport.