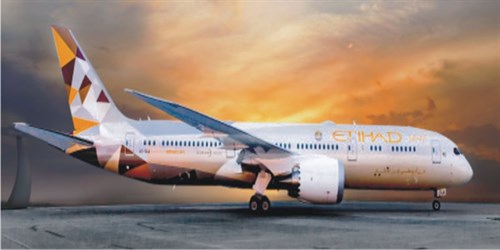 Etihad Airways has honoured its Vice President Fleet Planning, Mr. Andrew Fisher, following his unprecedented feat of travelling around the globe in the fastest time and in the fewest number of flights which the Guinness World Records has officially declared as a successful attempt and a world record.

Clocking a flying time of 52 hours and 34 minutes, Andrew managed to beat the previous record by 3 hours and 13 minutes, and using only four scheduled commercial flights instead of five to achieve his lifelong ambition. Andrew’s journey covered 41,375 km on scheduled flights operated by Air New Zealand, KLM and China Eastern that took him from Shanghai to Auckland; Buenos Aires to Amsterdam; and back to Shanghai. Fisher after touching down at Pudong International Airport in Shanghai, says: “It’s an incredible feeling to have finally achieved my dream.”

Mr. Peter Baumgartner, Etihad Airways Chief Executive Officer, adds: “This feat requires significant commitment, dedication and perseverance – values that we at Etihad instill in all our employees, and we are extremely proud to have Andrew as a member of our Etihad family.”