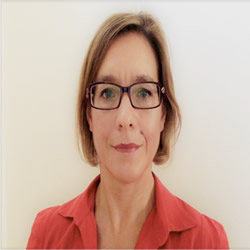 Michelle Owen, ROUTES Lead, explores the trends in global wildlife trafficking, giving the African  erspective of what has been globally condemned as a force to exterminate some of the world’s herished species. In this exclusive interview with Aviation & Allied Business, Michelle describes the nexus and  hopping market value of the heinous trade, and more.

Q: How would you describe the trend of illegal trafficking in wildlife, especially from the African perspective?

A: Estimated to be worth up to 20 billion U.S. dollars a year, wildlife trafficking has become one of the most prominent forms of international crime globally. In recent years, the poaching and trafficking of Africa’s wildlife have reached record levels. Approximately 55 elephants are killed every day for their ivory and one rhino is killed every eight hours for its horn. The majority of wildlife products from Africa are smuggled into Asian markets where items like ivory are prized as decorative pieces and rhino horns and pangolin scales are incorporated into traditional medicines.

Often run by dangerous international networks, wildlife trafficking has been linked to other illicit activities, such as human and drug trafficking, with the profits being used for all manner of illegal activities. Trafficking crimes contribute to regional instability, armed conflict and corruption and drain communities of their natural resources and heritage. Without concerted action, some of Africa’s most iconic species could be extinct within the next few decades.