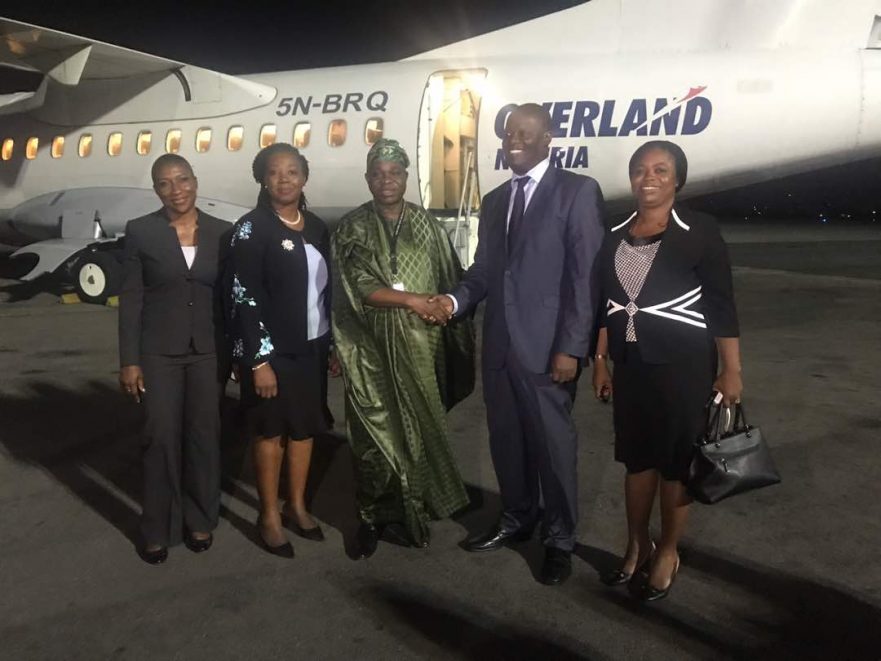 Nigeria’s frontline airline, Overland Airways on Sunday, August 12, 2018 began flight services from Lagos to Cotonou, the Republic of Benin. The inaugural flight was warmly received by the business and leisure communities as an essential quick-link between both countries.

He says: “There is no doubt that we need an airline to be operating between Benin Republic and Nigeria. Overland Airways will facilitate this economic integration between Nigeria and Benin. The dream of integration in West Africa cannot be achieved without effective transportation.”

Mrs. Aduke Atiba, Executive Director of Overland Airways, says Overland Airways’ scheduled regional flight operations into Benin Republic is borne out of the airline’s commitment to provide services that will help to stimulate economic activities in Republic of Benin, Nigeria, and West Africa, and by so doing foster economic integration in the region.

Mrs. Atiba explains: “The West Africa region with a population of nearly 400 million people with diverse cultures and tourism cites is full of untapped trade, business and leisure opportunities which nationals from Republic of Benin, Nigeria, Togo and others in the region can take advantage of. The dire need to develop West Africa’s economies places on us a responsibility to act fast and professionally.”

She assures that Overland Airways will continue to provide premium services in Benin Republic and support the economy by providing excellent flight services to support investors and provide employment in the economy.

Overland Airways is the longest-serving, most consistent Nigerian airline providing uninterrupted scheduled flight services in Nigeria over the past 16 years, despite the challenges in the operating environment. Overland Airways is also on course to expand its fleet and strengthen its pool of professionals as it expands its regional operations.