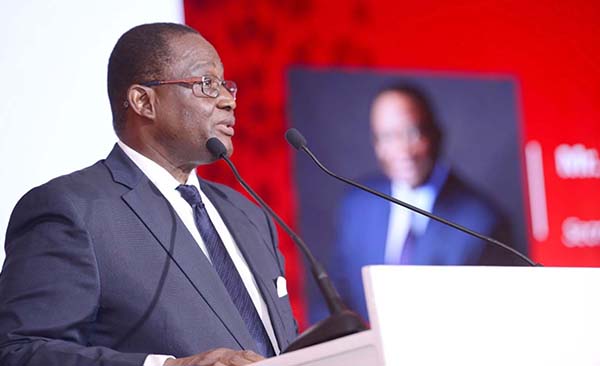 Jubilee In The Kingdom

Rabat, the capital city of the Kingdom of Morocco, with its unforgettable hospitality as well as rich and exclusive cuisine provided a befitting ambience for the celebration of the AFRAA Golden Jubilee November 2018. The event was part of the 50th AFRAA AGA with the theme: “Strengthening African aviation in a liberalized environment”.

Apart from being the year of AFRAA’s golden jubilee, 2018 is also a special milestone year for African airlines as the Yamoussoukro Decision (YD) was re-launched under a refreshing platform – the Single African Air Transport Market (SAATM) -, in Addis Ababa in January 2018 by the African Union (AU). 2018 is also the 30th anniversary of the Yamoussoukro Decision. Many believe the YD and SAATM are designed in the best interest of African airlines.

AFRAA has been a worthy partner and catalyst pushing for the implementation of the SAATM and YD aimed at transforming air transport in Africa for the benefit of airlines, the African economy and the citizenry.

Now the thrust for AFRAA is to work with other key partners including the African Union, African Civil Aviation Commission (AFCAC), and Regional Economic Communities (RECs) to ensure the expeditious implementation of the SAATM to give African airlines unfettered access to markets across the continent.

At the cusp of AFRAA’s 50th anniversary, AFRAA has become most beneficial to African airlines and the African economy, and for the first time in decades, cargo airlines joined the AFRAA – Astral Aviation joined at a previous AGA and Allied Air joined at the 50th AGA. And more airlines are coming.

“Since its inception in 1968, AFRAA has grown to 40 member-airlines representing more than 85% of the African traffic,” says Mr. Berthe.

However, given that Africa has less than 3% of global passenger traffic, even though the continent has about 16% of global population, African airlines have the huge potential to increase their share of global traffic. 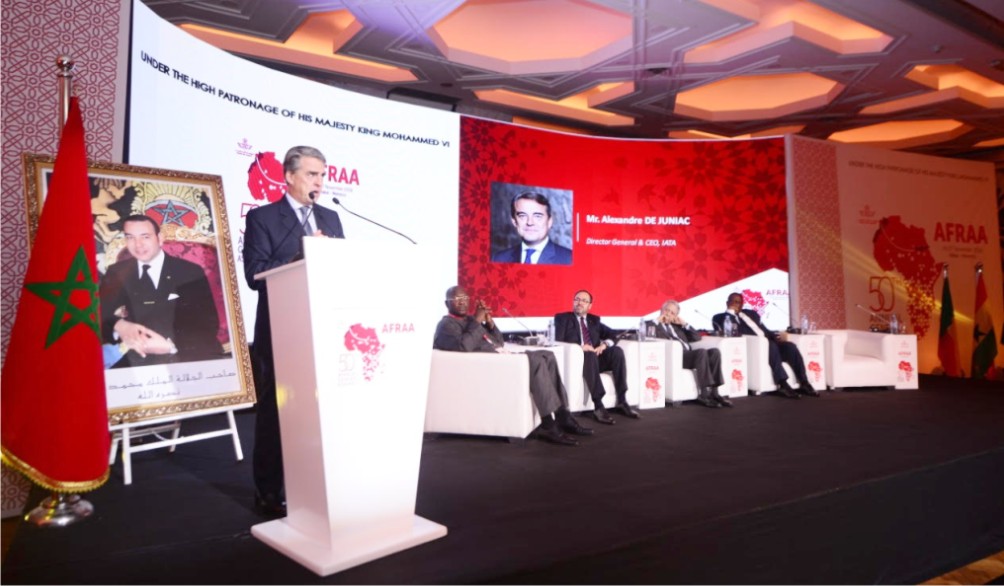 Going forward, AFRAA looks to three key factors to drive airlines’ progress, namely the fast-rising population and economy in Africa, the recently launched SAATM and the application of disruptive technology. In this regard, Mr. Berthe says “the traffic is expected to double in next fifteen (15) years,” adding that “the next game changer in aviation is technology. Disruptive-innovation will be a facilitator to simplify and sustain the growth of aviation business.”

The future of African airlines is full of pledges and expectation of stronger support from key partners. The African Development Bank (AfDB), for instance, has taken a new stand in support of African airlines. Mr. Romain Ekoto, Chief Aviation Officer of the AfDB, says part of the bank’s focus will be on “facilitating African airlines’ access to finance and leasing options, to carry out their fleet expansion and renewal plans through the acquisition of new aircraft.”

To this end, he says, three different activities will be supported including finance for aircraft purchase operations, catalysing efforts for the establishment of a robust leasing company or platform based in Africa, aiming to foster leasing opportunities in particular for small African carriers and; as well as technical assistance to airlines for restructuring their business and increasing the private sector’s participation. To the delight of airlines, he states that “specific guidelines have been established for these activities.”

AFRAA and African airlines are expected to get stronger support from the International Air Cargo Association (TIACA). “Let me express my confidence that working together with the AFRAA members, with the Secretariat and personally with Abderahmane Berthé we will contribute to the success of the African Civil Aviation and further development of trade and economics!” the Secretary General of The International Air Cargo Association, Mr. Vladimir Zubkov, says.

He notes that TIACA is working on common positions with WCO on e-commerce within the framework of the conferences and specialized working groups, stating that cooperation between the regulators and the industry have been solidifying over the recent years.

Technology and training will play a significant role in the quest to improve airlines’ operations and especially passenger experience. Disruptive technology is needed to save costs in maintenance, fuelling, facilitation, etc.  for African airlines. 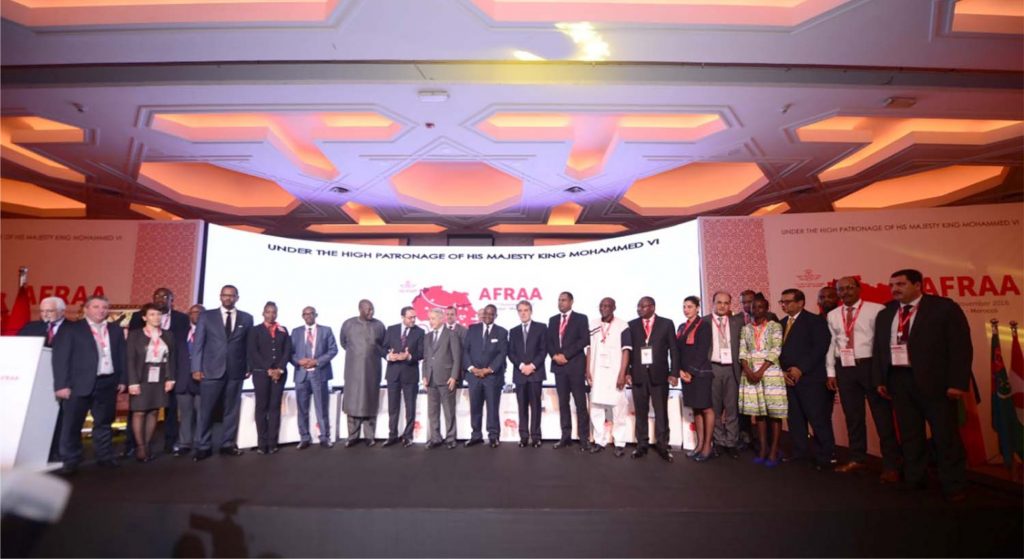 The CEOs’ Forum uncovered the core challenges of airlines, the potential benefits and strong hope for the future hinged on the SAATM, technology and working together. Among many other salient points, Mr. Abdelhamid Addou, CEO of Royal Air Maroc and immediate-past President of AFRAA, and Mr. Rui Cureira, CEO of TAAG Angola, emphasise that African airlines must work as a team. Mr. Desire Balazire Bantu, CEO of Congo Airways underlines the need to strengthen manpower amongst African airlines, while Mr. Ernest Dikoum, CEO of Camair-Co and the new AFRAA President, says “We should comply with standards or stop operating,” as he stresses the need to drive continued safety among African carriers.

Security and safety are also seen by Mr. Sanjeev Ghadia, CEO of Astral Aviation, as non-negotiable for African airlines, just as Mr. Telwolde says safety is the responsibility of CEOs, noting that safety has improved in Africa and governments need to pay more attention to aviation and its benefits for Africa. The need for regulation to be harmonised and standardised in Africa as in Europe was emphasised by Mr. Sebastian Mikosz, CEO of Kenya Airways.

Mr. Tefera Mekonen, Focal Person on SAATM, and new Secretary General of AFCAC, emphasises that SAATM does not require all States to be implemented. While 27 State have signed the SAATM, it should be implemented expeditiously, he says, adding that AFCAC is ready to drive the implementation, as the Executing Agency of the YD. AFCAC will start its capacity building programme in 2019 and will work with all relevant stakeholders. He urges airlines to initiate flights services into new destinations in Africa as a direct implementation of the SAATM, and report any inhibitions to AFCAC.

The CEO’s forum emphasise that airline should properly educate their governments and all must take ownership and drive implementation of SAATM, emphasising the need to understand the concept in order to implement it.

African airlines CEOs also underscore the need to enhance women participation in the industry and at the top level. Talent development and removal of cultural barriers and improvement of C-level training would produce more women leaders in among African airlines.

Going forward, AFRAA is taking anew turn. According to Mr. Berthe, AFRAA Secretary General: “We are embarking AFRAA in a journey towards “Better Skies for Africa”, our new slogan, and will appreciate your valued continued support for greater achievements and success.”

So, when African airlines meet in Yaoundé, Cameroon, in November 2019, it will be time to assess how much further African airlines have progressed from the iconic achievements highlighted at the celebration of African Airlines Association’s (AFRAA) 50th anniversary in Rabat, Morocco. 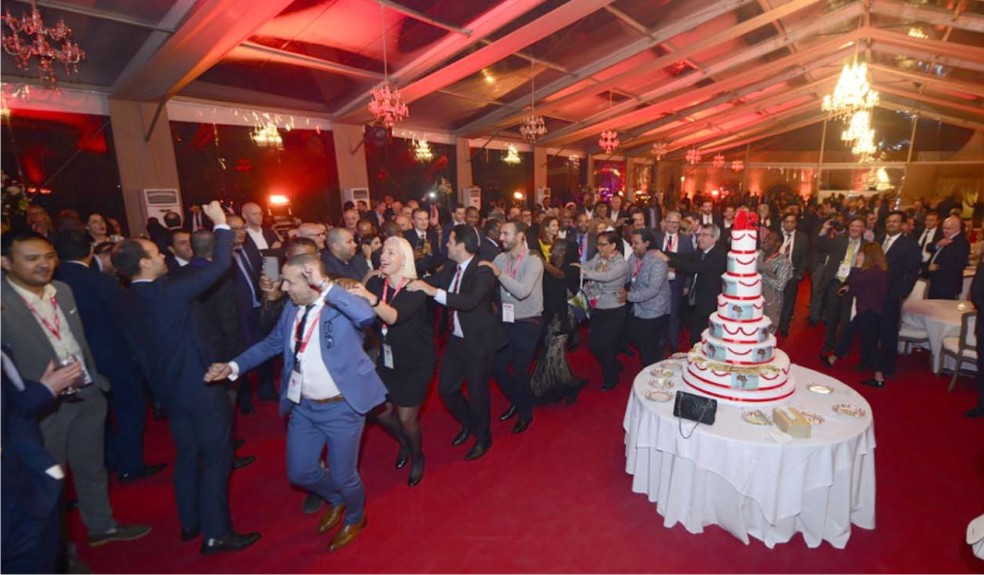