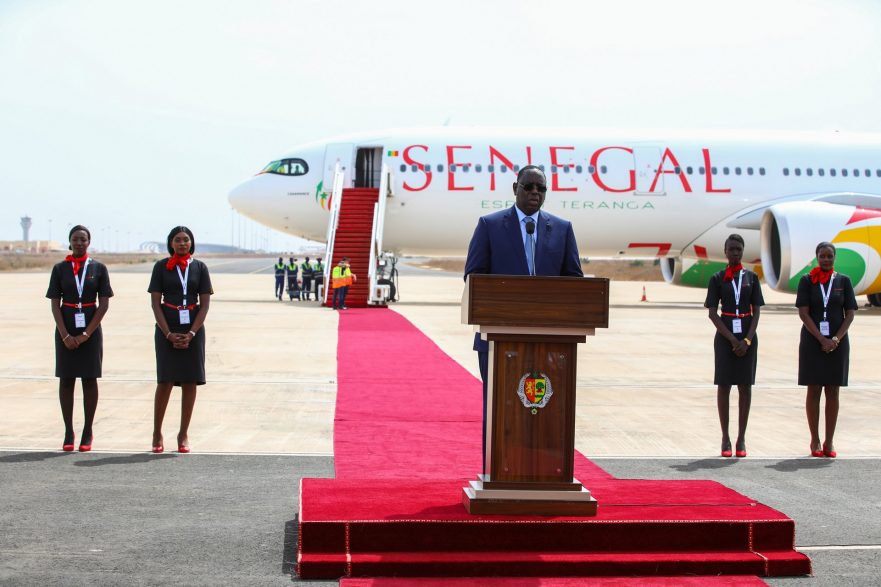 Air Senegal’s first A330neo has touched down at Blaise-Diagne International Airport in Dakar. The A330neo, painted in the livery of Air Senegal and named “Casamance,” was presented during a ceremony attended by His Excellency Macky Sall, President of the Republic of Senegal, and Philippe Bohn, Chief Executive Officer Air Senegal.

Air Senegal, which started operations in 2018, is set to receive its first A330neo in the coming weeks making it the first African airline to receive and operate the newest member of the leading Airbus widebody family. Fitted with a three-class cabin comprising 32 Business class, 21 Premium Plus and 237 Economy class seats, Air Senegal plans to operate its first A330neo on the soon to be opened Dakar-Paris route and develop its medium and long-haul network.

The A330neo is a true new generation aircraft building on the A330’s success and leveraging on A350 XWB technology. It incorporates highly efficient new generation Rolls-Royce Trent 7000 engines, and a new greater span 3D optimised wing with new Sharklets. Together, these advances bring a significant reduction in fuel consumption of 25% compared with older generation competitor aircraft of a similar size. The A330 is one of the most popular widebody families ever, having received over 1,700 orders from 120 customers.

The new aircraft is powered by Rolls-Royce’s Trent 7000 engines.

Philippe Bohn, CEO Air Sénégal says: “Today is an exciting day as we welcome the new addition to our growing fleet, this fantastic Airbus A330-900. With this aircraft and the Rolls-Royce Trent 7000 engines, Air Sénégal will have the right equipment to pursue its strategy of sustainable growth to serve its customers and support Sénégal’s ambitions to improve connectivity with Europe, Africa and the rest of the world.”

Kevin Evans, Rolls-Royce, Vice President – Customers, says, “Welcome to Air Sénégal, who join the growing family of operators of Rolls-Royce powered aircraft in Africa. This magnificent aircraft, with its technologically advanced and fuel efficient Trent 7000 engines, will enable Air Sénégal to achieve its vision of delivering a first class service to its customers.”