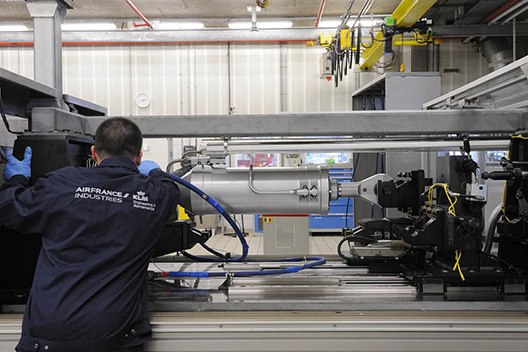 Air Senegal and AFI KLM E&M recently signed an agreement covering component support for the Senegalese carrier’s fleet of two A330neo aircraft. The terms of the contract include flight hour repairs, access to the spares pool, and local provision of a Main Base Kit (MBK).

Air Senegal had already previously chosen AFI KLM E&M to support its ATR 72-600 fleet in July 2018, as well as, last fall, for the support of its A319 components including pool access, repairs and provision of a MBK. This new long-term contract marks a renewal of its confidence in AFI KLM E&M’s components offer.

The recently formed (2016) African airline, which obtained its air operator certificate on 30 April 2018, is thus assured of high-level support to guarantee the performance of its long-haul operations.

Ibrahim Aly, Air Senegal Technical Manager, said: “With this contract, we are pleased to step up our relationship with AFI KLM E&M, whose expertise we were already been able to appreciate when we began operations last year, as well as its high quality of service.”

Fabrice Defrance, Senior Vice President Commercial AFI KLM E&M, added: “We are delighted with this new agreement, which shows real synergy between Air Senegal and AFI KLM E&M, and we will be doing our utmost to help this young airline grow its operations over the long term.”