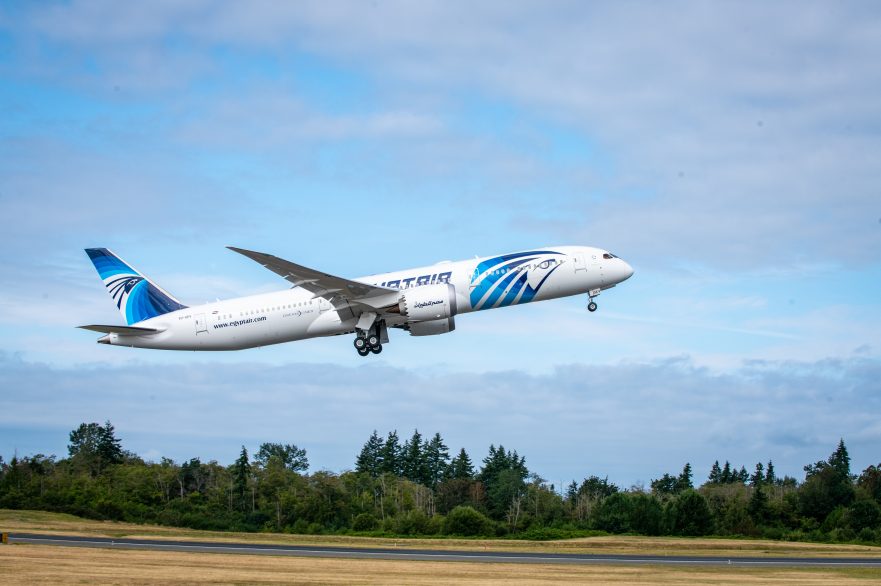 Boeing has delivered the fifth 787 Dreamliner for EGYPTAIR via a lease agreement with AerCap. Egypt’s national carrier took advantage of a new Boeing program and filled its new super-efficient airplane with biofuel for the flight home, underscoring the airline’s drive to improve the efficiency and sustainability of its operations.

Sustainable aviation fuels have been shown to reduce carbon dioxide emissions by up to 80 percent through its lifecycle. The 5,925 nautical-mile (10,973 kms) trip flight from Seattle to Cairo represents the longest 787 delivery flight using sustainable fuel.

Also, Ahmed Adel, chairman and CEO of EGYPTAIR Holding Company, says: “We are committed to the sustainable growth of our airline and supporting commercial aviation’s efforts to protect the environment. The 787-9 Dreamliner is a great fit for our network and provides our customers with a responsible choice for air travel.”

EGYPTAIR ordered six 787-9 Dreamliners in 2017 via long-term lease from Dublin-based AerCap, a global leader in aircraft leasing. Aengus Kelly, CEO of AerCap, says: “The 787 Dreamliner is a perfect choice for EGYPTAIR, allowing the airline to reduce fuel use and emissions by up to 25 percent while meeting its sustainable growth ambitions.” 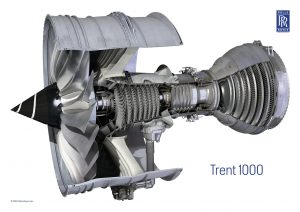 Rolls-Royce Trent 1000 TEN engines were chosen by the airline to power the latest members of its growing fleet. John Kelly, Senior Vice President, Customers – Middle East and Africa, Rolls-Royce, says: “EGYPTAIR’s selection of our Trent 1000 TEN engine is a huge endorsement for the Trent engine family and perfectly demonstrates The Power of Trent.”