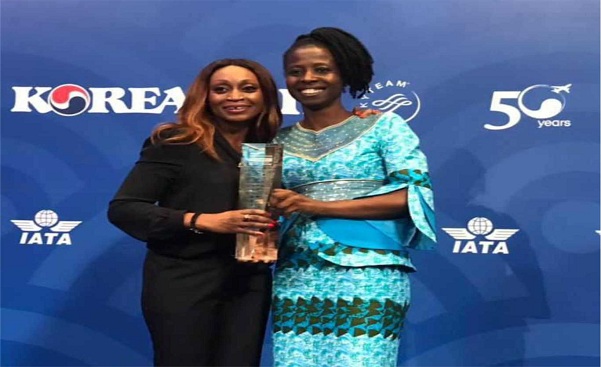 It is obvious that re-launching aviation post COVID-19 will need the rapid increase of women participation in the industry. It has been a very challenging period worldwide, and new strategies with diversity and inclusion for the survival of the industry are key.

Bridging the gap in gender balance was at the centre of discussions as the global 25by2025 initiative launched by IATA, in which I took part in September 2019 in Canada, which was slowed down under the impact of the pandemic that led aviation to a standstill.

We should recall that the 25by2025 initiative is a global platform to change the gender balance within the aviation industry, while enhancing efforts in aviation to improve female representation in the industry. The campaign targets not only airlines but also aircraft manufacturers and airports as an initial step to making the aviation industry more gender-balanced. With 25by2025, IATA opens the debate about the role of women in aviation and the need to provide them with opportunities in which they will be able to thrive and show their full potential.

In Africa the participation of women in managerial positions in the industry is still very low. The tendency is gradually changing as we see more young girls inspired by African women in aviation, like Captain Irène Koki Mutungi being the first African female pilot of the Dreamliner, and Capitain Amsale Gualu of Ethiopian Airlines being pilot on the Boeing 787 and 777, just to name a few. Female top civil aviation managers like Poppy Khoza of the South African Civil Aviation, Mrs. Koki Assoumou and airlines CEOs Siza Mzimela of Fly Blue Crane and Yvonne Makolo of RwandAir, show the contribution of women in high-level management positions in aviation.

The gradual relaunch of activities under the 25by2025 is with the hope of seeing many women joining the industry in all sub-sectors. Aviation education with incentives like scholarships see the increase in demand for girls to join the industry. We see more and more initiatives like the girl flying program initiated by Refilwe Ledwada, a helicopter and fixed wing pilot engaged for more than 10 years in promoting girls in aviation and inspiring young girls join the industry. Kgomotso engaged in Botswana also offers a great opportunity for the young girls in particular to seize the existing opportunities in aviation.

Amongst those inspiring women in aviation and advocating for gender balance is a powerful African woman in aviation, Ms. Funke Adeyemi, in her current role as Regional Director, Advocacy & Strategic Relations for Africa at the International Air Transportation Association (IATA). She headed the Diversity & Inclusion initiative of IATA in Africa & Middle East, while also leading its Women in Leadership program in the region, and has mentored several women and men.

I have particularly benefited from her mentorship and great support with most initiatives I have undertaken with the Young African Aviation Professional Association that I founded in 2014 as a platform of exchange between the aviation stakeholders and the young Africans.

Over the years through various outreach activities we have experienced an increase in young girls joining the aviation industry and other fields like IT in great numbers that reassures us that the global industry, while working on giving more executive positions to the women, will in the long run definitely achieve this increase in women in the aviation industry.

My plea for a considerable increase in the number of women in aviation is to the men. As I always say, we need both men and women to individually contribute to this growth by inspiring, mentoring and empowering at least a woman to ensure the gender gap is reduced, if not bringing the ratio of men to women to an equilibrium. We all need to put our hands together for the survival of our industry, as well as get involved in diversity and inclusion.