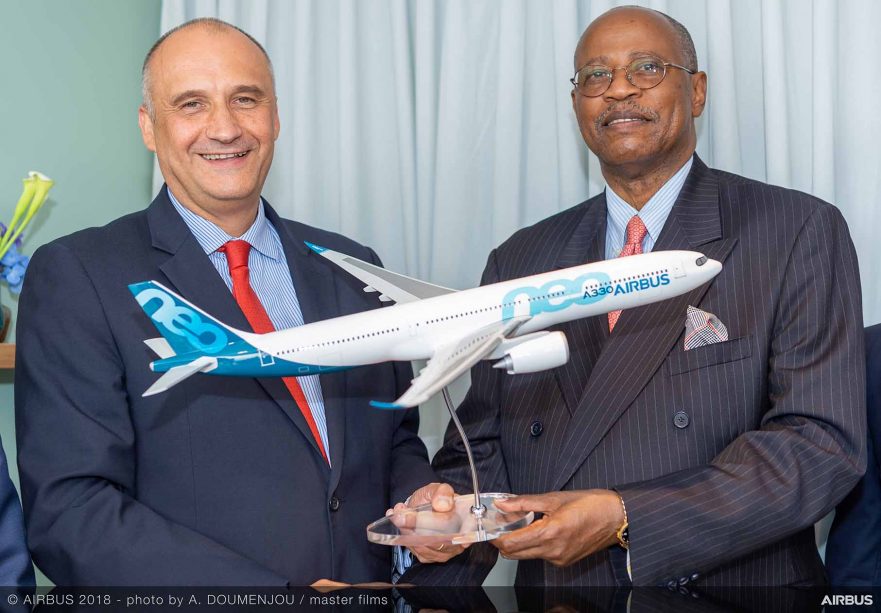 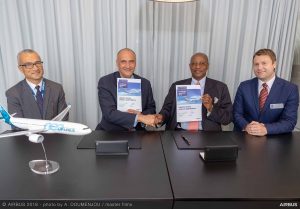 Uganda Airlines plans to use the A330-800neos to build its international long-haul network with the aircraft offering cutting-edge technologies along with most efficient operations. The aircraft will feature a three-class cabin layout comprising 20 Business, 28 Premium Economy and 213 Economy seats.
“This agreement demonstrates our ambition for economic growth supported by a robust aviation industry. The A330-800neo combines low operating costs, long range flying capability and high levels of comfort. We are looking forward to launch operations and offer our customers best-in-class service”, says Ephraim Bagenda, CEO of Uganda Airlines.
“We are delighted to welcome Uganda Airlines among our A330neo customers, the A330neo will bring a range of benefits offering unrivalled efficiencies combined with the most modern cabin. We look forward to see the A330-800neo flying in the colours of Uganda”, says Eric Schulz, Airbus Chief Commercial Officer. 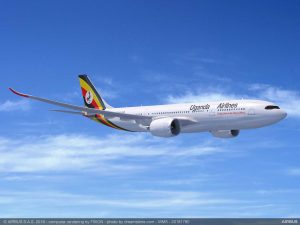 Launched in July 2014, the A330neo Family is the new generation A330, comprising two versions: the A330-800 and A330-900 sharing 99 percent commonality. It builds on the proven economics, versatility and reliability of the A330 Family, while reducing fuel consumption by about 25 percent per seat versus previous generation competitors and increasing range by up to 1,500 nm compared to the majority of A330s in operation. The A330neo is powered by Rolls-Royce’s latest-generation Trent 7000 engines and features a new wing with increased span and new A350 XWB-inspired Sharklets. The cabin provides the comfort of the new Airspace amenities.
Source: Airbus