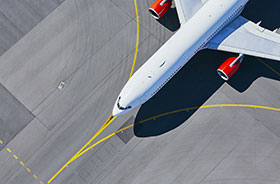 Significantly, IATA states that African carriers were the only ones to report growth in June 2019, with an increase in demand of 3.8% compared to the same period a year earlier. It adds that this makes Africa the strongest performer for the fourth consecutive month. Capacity grew 16.6%. Route analysis shows that the Africa-Asia performance is strong—up 12% year-on-year.

Also, IATA reports that African airlines’ traffic soared 11.7% in June, up from 5.1% in May. Capacity rose 7.7%, and load factor jumped 2.6 percentage points to 70.5%. Demand is benefitting from a generally supportive economic backdrop, including improved economic stability in several countries, as well as increased air connectivity.