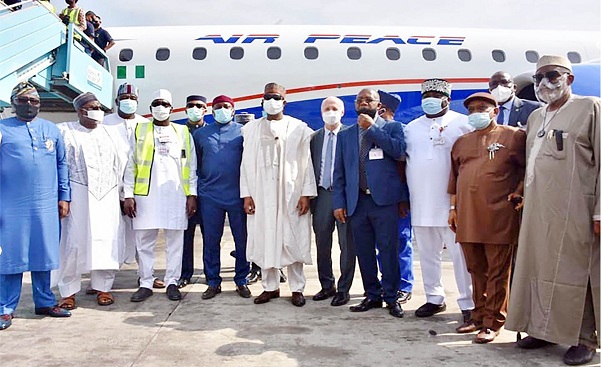 Air Peace took delivery of the first brand new E195-E2 aircraft in Africa late January, 2021 with a grand ceremony in Abuja. The aircraft is a 124-seat capacity jet which offers superior travel experience. The airline says the aircraft “is one of the 13 E2s we signed a firm order for in 2019. More E2s are on the way.”

The airline has also announced route expansion and recommencement in the domestic and regional markets, as it expects to take delivery of its aircraft from maintenance. The airline’s Chief Operating Officer, Oluwatoyin Olajide, states the airline will be receiving all its aircraft on overseas Maintenance in February. The routes include Enugu, Kano, Asaba, PortHarcourt, Kaduna, Ilorin and Ibadan, as well as Owerri and Yola.

The airline says it currently operates 16 domestic routes, 5 regional routes and 2 international destinations, and a fleet of 26 aircraft.