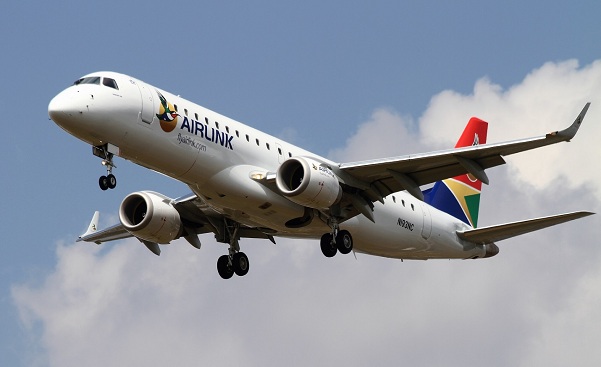 The new route is Airlink’s fourth between South Africa and Namibia, with other services linking Cape Town and Windhoek in addition to flights from Johannesburg to Windhoek and Walvis Bay.

“This new service is ideal for business and leisure travellers with the port city of Walvis Bay being an important economic hub and gateway to some of Namibia’s prized tourist destinations, including the Namib Dessert, Swakopmund and the Skeleton Coast.   Walvis Bay, Langstrand and Swakopmund are also home to a significant community of people who commute between Namibia and South Africa,” explained Airlink CEO, Rodger Foster.

Airlink will operate the following weekday flights between Cape Town and Walvis Bay on Tuesdays, Thursdays and Saturdays:

“Onboard, our customers are treated to a complimentary light meal, refreshments, generous leg room and a choice of aisle or window seat (our flights do not have middle seats),” the airline said.

Further, Airlink added that “during these stressful times, health and safety – yours and ours – remains our primary concern. Our aircraft are equipped with High Efficiency Particulate Air Filters (HEPA), which are effective at blocking 99.97% of particulates, including Coronavirus molecules. These HEPA filters continually sterilize the air in our cabins, which is renewed entirely every three minutes.”

The airline also urged travellers to update themselves on COVID-19 travel requirements of South Africa and Namibia.