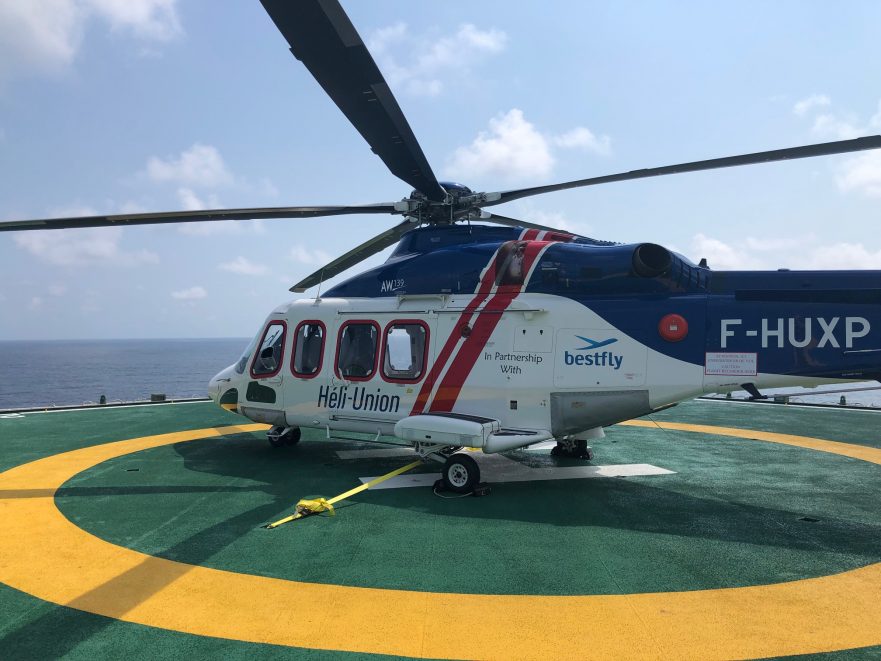 Bestfly, an Angola-based aviation services company, has entered the rotary market with the addition of two Leonardo AW139 helicopters to its fleet in partnership with Héli-Union.

The Bestfly/Héli-Union partnership is operating the machines for an undisclosed leading energy supplier with numerous on and off shore locations in Angola. They will be used predominantly for medevac purposes, in addition to performing crew-changes from the company’s oil-rigs and will also be available for charter.

The first helicopter is already on site at the Bestfly facility and made its inaugural flight on 23rd November 2018. The second machine will be in-situ and operational by the end of the year. All operations will reflect the safety and quality standards that both companies implement at their international bases.

Nuno Pereira, CEO of Bestfly, says: “We’ve worked hard to achieve international safety and OGP standards and the decision to place these two machines with us reflects the confidence the owner has in our operations. This is a great opportunity for Bestfly to expand its service offering for our local customers and add more capabilities to the business. We hope to add more helicopters to the fleet over the next twelve months as demand for the operational flexibility delivered by these machines continues to expand here.”

Jonathan Cosson, Deputy CEO, Héli-Union, says: “We are proud to partner with Bestfly in Angola in the frame of Héli-Union expansion. Thanks to our significant experience on building win-win partnerships, Héli-Union will remain fully involved in the operations to ensure Bestfly success.”