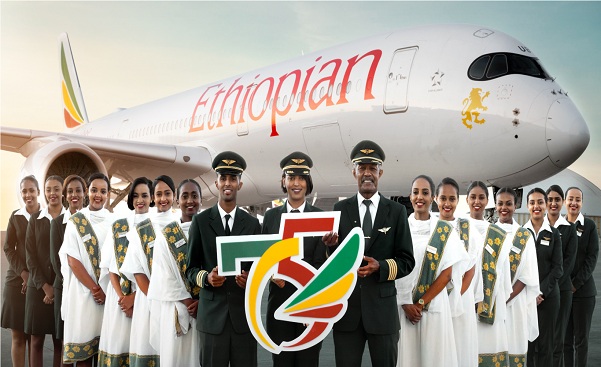 Ethiopian Airline Group marked its 75th anniversary on April 8, 2021. The airline made its maiden international flight on April 8, 1946 to Cairo. Since then, the Airline overcame the ups and downs of the aviation industry and the challenges unique to Africa to become Africa’s largest, most profitable and award-winning Aviation Group. Ethiopian kicked off a year-long celebration under the theme “Celebrating 75 Years of Excellence”.

Mr. Tewolde GebreMariam, Ethiopian Airlines Group CEO, said: “As we celebrate 75 years of excellence, we take stock of our accomplishments over three quarters of a century. Among the many firsts introduced by Ethiopian are the first Jet aircraft in Africa, the first East Africa to West Africa scheduled flight, the first airline from the Western Hemisphere to fly to China, the first scheduled service between the capitals of the most populous nations in the world (from New Delhi to Beijing), the first airline in Africa to introduce the B767, B777-200LR, B787 (the Dreamliner) and later on the A350 to Africa.”

“Today, our industry faces a serious challenge posed by COVID-19. The route we chose to overcome this challenge is to tighten our belt, change the way we do business and be agile. We remain the only commercial airline that hasn’t sought government bailout and didn’t lay off a single employee,” Mr GebreMariam said. 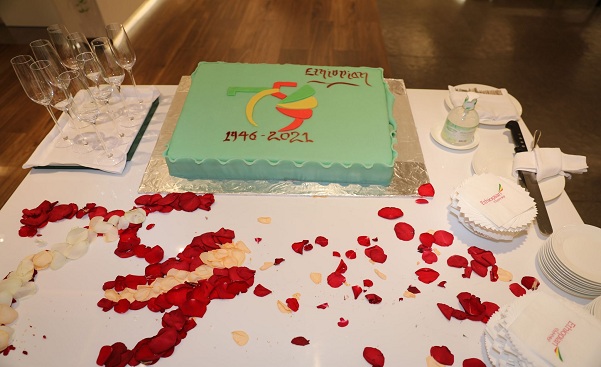 “I would like to take this opportunity to cement our commitment to sustainable aviation and continue to work with all stakeholders to enhance Africa’s air connectivity. While congratulating all Ethiopian families, I would like to thank our esteemed customers for their strong vote of confidence, their loyalty and support,’’ Mr GebreMariam concluded. 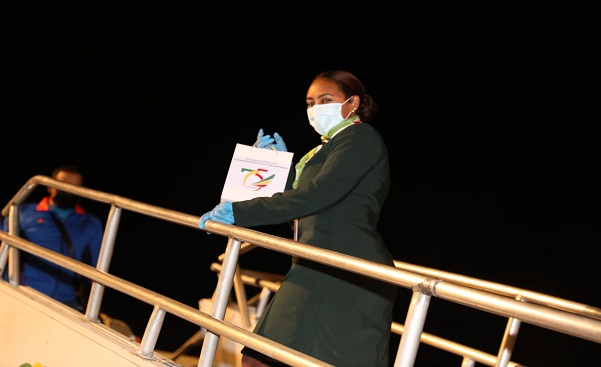 Ethiopian attributes its success to the four pillars of its growth strategy. These pillars are human resource development, modern fleet, infrastructure development and technology.

The airline said it will continue to focus on these pillars with renewed emphasis on sustainability. It will also continue partnering with other African airlines and governments to create a robust, competitive airline industry in Africa by sharing its technical and management expertise.