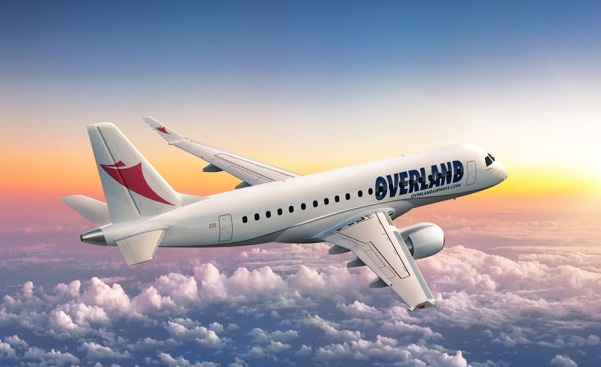 Africa has demonstrated reinvigorated confidence and zeal to establish effective air transport liberalization within the continent for the benefit of African Airlines and economies, with the launch of the Single African Air Transport Market (SAATM) Pilot Implementation Project (PIP) in Dakar, Senegal, during the 23rd Yamoussoukro Decision Day (YD-Day) celebration. According to the African Civil Aviation Commission (AFCAC), 15 African States that have established what AFCAC refers to as ‘SAATM enablers’, or conditions that conduce to successful implementation of SAATM in these States launched the SAATM implementation pilot project in Dakar. These States include Cabo Verde, Côte d’Ivoire, Cameroun, Ethiopia, Ghana, Kenya, Morocco, Mozambique, Namibia, Nigeria, Rwanda, Senegal, South Africa, Togo and Zambia. Interestingly, they all have domestic carrier and profess political will to drive SAATM implementation. Beyond these 15, Niger, Gabon and Congo declared their willingness to become part of the Pilot States.

Judging by the atmosphere of zeal and urgency among African Ministers, Civil Aviation Authorities and Airlines, it could be construed that African States have grown too weary and dissatisfied with the debilitating disconnection in air services and the economic disintegration that have constrained the continent’s aviation and economic emergence over the past decades. During the session of the African Ministers at the YD-Day celebration, South Africa and Egypt, which had been known for their reservation over implementation the SAATM, impressively declared full support for the immediate implementation of SAATM for liberalized air transport market in Africa. This is perhaps one of the biggest achievements of AFCAC and the proponents of SAATM and operationalization of air transport liberalization in Africa to-date.

Eng. Angie Elyazzy, who represented Minister of Civil Aviation of Egypt, Mohamed Abbas Helmy, says Egypt was at the YD-Day event “to take our seat” and to discuss and share opinions on how to implement SAATM, noting that Africa needs to be strong together. The representative of Congo says Africa should not be relying on foreign airlines, but should unite to develop air transport on the continent. Furthermore, the Deputy Minister of South Africa, Hon. Sindisiwe Chikunga, calls on States to have good knowledge and understanding of the SAATM regulatory texts for effective implementation. She adds that South Africa as a tourism State would enhance tourism with robust air connectivity; just as Cape Verde, another tourism State, also emphasized that implementation of SAATM would yield huge benefits for the State.

HE Affoh Atcha-Dédji, Minister of Road, Air and Rail transport of Togo, the Champion State of SAATM, emphasizes that alliances and complementary efforts would enable SAATM succeed. The YD-Day events Host and Minister of Tourism and Air Transport of the Republic of Senegal, HE Alioune Sarr, however warns that Africa will be forced to rely on foreign airlines if the continent does not develop its air transport and interconnectivity. Furthermore, the representative of Guinea Bissau notes that “we need pragmatism to move beyond rhetoric”, saying that Africa contributes only 2% of global air traffic today because the continent “has not worked together.” He says it is more imperative that landlocked African States should pool resources together to improve intra-Africa connectivity. Rwanda, which is one of Africa’s fastest growing economies, says while implementing SAATM is a priority, this will also align with the State’s transformation strategy.

AFCAC says “Despite the adoption of the YD by the Heads of State and Government, several factors particularly, the non-availability of institutional and regulatory texts impeded its implementation over the years.” Given this background, what is unprecedented and effectual about the reinvigorated air transport liberalization campaign in Africa is that the SAATM now has the institutional and regulatory texts as well as the updated African Civil Aviation Policy (AFCAP) approved few months ago by the African Union (AU).

According to AFCAC, “The launch of the SAATM as the first flagship project of the AU Agenda 2063 on 28th January 2018 is considered as a turning point towards the full liberalization of air transport market on the continent. So far 35 member States have subscribed to the Solemn Commitment to unconditionally implement the YD and SAATM and 21 States have signed the Memorandum of Implementation (MoI) for its operationalization and implementation. It is estimated that these 35 States account for over 85% of intra African traffic and over 800 million of African population.”

What is equally new is the strategic re-positioning and thrust of the new AFCAC Secretary General, Ms. Funke Adeyemi, and the AFCAC team to work through newly created industry working groups and ambassadors that will drive advocacy, partnerships and implementation of SAATM at State and regional levels. Ms. Adeyemi says AFCAC will work with a clear roadmap to implement SAATM, emphasizing that Africa needs not just point-to-point connectivity but ‘beyond-point connectivity’ enabled by the 5th freedom rights to enable African airlines interconnect more cities and economies.