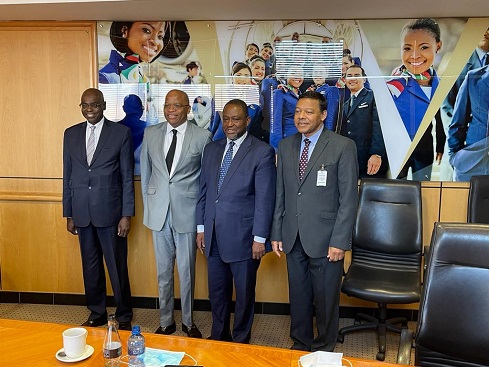 The dialogues session is timely, as SAA forges its path to recovery following a restart of operations in September 2021 that marked the end of the airline’s hiatus which commenced during the Covid-19 pandemic. 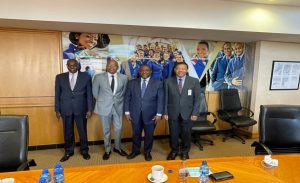 According to SAA, the deliberations covered various areas of support under the auspices of AFRAA’s initiatives for the development of air transport sector in Africa. Among other issues, the meeting discussed Projects of interest to SAA in the forthcoming AFRAA Laboratory (LAB) that will bring together industry experts and stakeholders to develop relevant project roadmaps that will revamp sustainable aviation & trade development in Africa. The Lab is scheduled to take place from 27 June – to 01 July 2022 at the AFRAA headquarters in Nairobi – Kenya.

Mr. Abdérahmane Berthé, AFRAA Secretary-General stated: “AFRAA is pleased for the opportunity to meet SAA leadership for fruitful deliberations during this edition of the CEO Dialogues session. AFRAA continues to maintain solidarity with its members and African airlines at large to work on initiatives and projects that will develop the aviation sector in Africa, enhance the industry’s competitiveness and grow the global market share.”

“South African Airways has been a major player in the airline industry in Africa whose membership of AFRAA dates to almost 3 decades.  AFRAA will continue to support SAA and our entire membership to emerge stronger and more resilient after the crisis.” Mr. Berthé added.

AFRAA said it continuously engages the leadership of its member airlines through the CEO Dialogues sessions with the objective to develop transformative initiatives, and establish the right fit of added-value projects and actions that will support members’ sustainability.