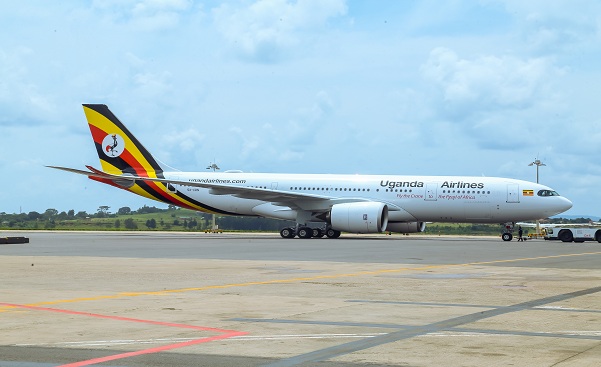 Uganda Airlines, the national carrier of Uganda, has been recognized as the winner of the World’s youngest aircraft fleet 2021.

The Ch-Aviation Youngest Aircraft Fleet Award recognizes airlines from across the World that keep a young, modem and efficient fleet, and operators using new-generation of aircraft that contribute significantly to the decrease of C02 and green house emissions.

The Award is conducted annually and considers over 5,000 airlines and more than 65,000 aircraft around the world to determine which airline currently operates the youngest fleets.

“Uganda Airlines is honoured to be recognized as the airline with the most modem and youngest aircraft fleet in the world, a major milestone well aligned to our vision of a world-class airline,” the airline stated, adding: “Our aircraft fleet was carefully selected with the passenger on mind. The CRJ 900 with the new atmosphere cabin gives the passenger a more spacious and comfortable cabin experience.”

The aircraft offers best-in-class seats with more leg-room, as well as more space in the overhead stowage bins for your carry on baggage, it stated.

According to the airline, the cabin ambience is adjustable using mood lighting t0 help ensure an enjoyable and pleasant journey from boarding to disembarkation. Similarly, the choice of the A330-800neo aircraft for use on its long-haul routes took account of the new technologies incorporated in this aircraft which would bring superior operating and service standards to the Uganda Airlines.

In this period of the pandemic with COVID-19, the use of HEPA fillers with 99.99% effective filtration of microbes and viruses on both the CRJ900 and the A330-800neo ensures that these aircraft offer the best cabin environment of any fleet of aircraft in operation today. 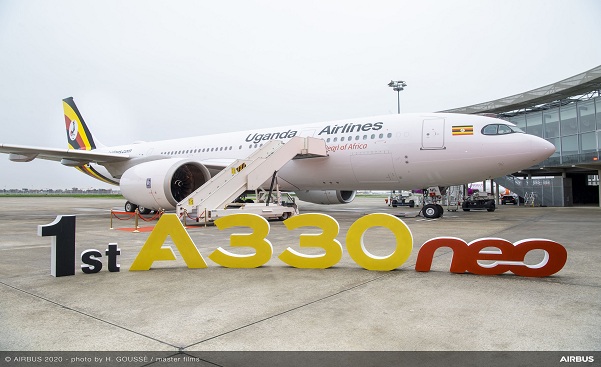