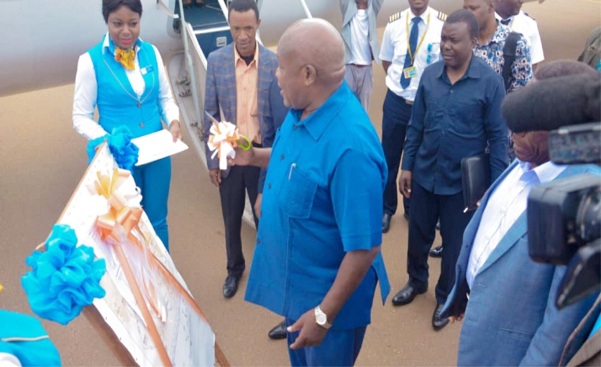 Area Navigation Procedure (GNSS) has been developed for Mpanda Airport in Katavi Region of Tanzania to enhance safety and security of the aircrafts operating at the airport, the Tanzania Civil Aviation Authority (TCAA) says.

The satellite-based navigation procedure system by TCAA flight procedure designers was officiated by Minister for Works, Transport and Communication, Eng. Isack A. Kamwelwe, on December 28, 2019.

According to the TCAA, the completion of the procedure has enabled aircraft including the ATCL-owned ones to operate at the airport. The national carrier is currently operating three flights per week, flying from Dar es Salaam- MPanda and Mpanda- Tabora- Dar es Salaam.

TCAA explains that RNAV is the satellite-based navigation systems that use a version of triangulation to locate the user, through calculations involving information from a number of satellites. Each satellite transmits coded signals at precise intervals.