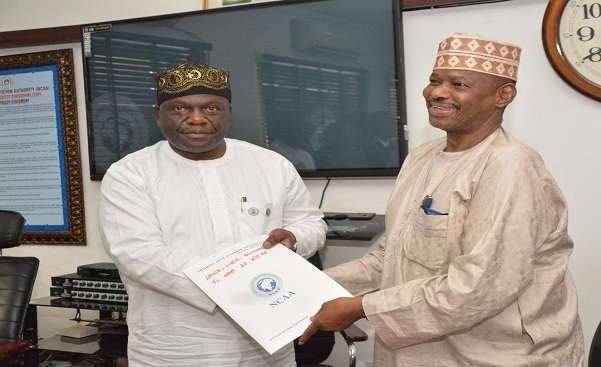 The brief handover ceremony which was superintended by the Acting Director General, Capt. Sidi Abdullahi, was held at the Conference Room, Aviation House, Ikeja.

He resumed as the 7th Director General of the Authority following his appointment on 23rd October, 2019 and eventual confirmation by the Senate.

While handing over, Capt Sidi Abdullahi urged staff to support the new DG in his drive to take the Authority to greater heights.

In his response, the DG thanked the Federal Government for the confidence reposed in him, promising to work with the staff in realizing the Organisation’s mandate.