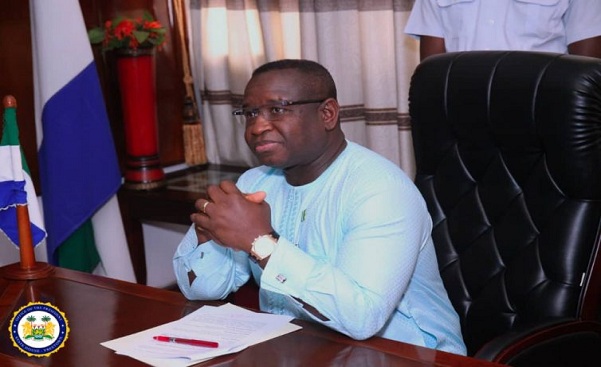 The President of Sierra Leone, Brig. (Rtd.) Julius Maada Bio, has stated that commercial flights would resume in the very short run, noting further that the Sierra Leone Civil Aviation Authority had held series of consultative engagements with aviation stakeholders and other implementing partners in a bid to reopen the Freetown International Airport after it was closed for scheduled operations.

According to SLCAA, During a press briefing at the State House on Wednesday, June 29, 2020, President Bio, said “The SLCAA has had extensive consultations with stakeholders and considered developments in the aviation sector around Africa and in the world. Countries are opening their airspaces; a broad inter-sectoral body will soon finalize rational, effective, and affordable pre-arrival and departure protocols that are in consonance with best practices elsewhere and WHO guidelines.”

“We will also soon install technology at the Lungi International Airport that will help us monitor, test, and trace all travellers. Once all measures are in place, commercial flights will resume in the very short run”, HE Bio added.

The Director-General of the Sierra Leone Civil Aviation Authority, Moses Tiffa Baio, informed the gathering that the SLCAA and other aviation stakeholders have had engagements for a seamless start of flight operations at the Freetown International Airport.

“The reopening of the airport is contingent on the safety, security, and public health measures that we will put in place for arriving and departing passengers. Yes, we want to reopen the airport but we do not want the aviation industry to serve as a vector to transmit COVID-19 for the second time. We have developed 20 advisory circulars which are in the form of guidance materials that will guide the entire operations of the airport during this trying time,” Tiffa Baio said.

According to the Tiffa Baio, the aviation industry had reviewed its business processes and procedures to reduce human contact and maintain social distancing at both arrival and departure. He further revealed that SLCAA together with other aviation actors and the National Tourist Board had conducted a joint assessment of hotel facilities, Emergency Operation Centre (EOC), and the Airport Clinic which would serve as holding facility for all arriving passengers.

The DG also expressed that the SLCAA and IOM had also conducted a gap analysis to help explain what obtained at the airport and what would be implemented amongst was the automation of Passenger Health Locator forms while maintaining that this would also help the surveillance pillar in the area of contact tracing of passengers that would be tested positive on arrival. “We want to reopen with a better system that is resilient and sustainable,” he concluded.