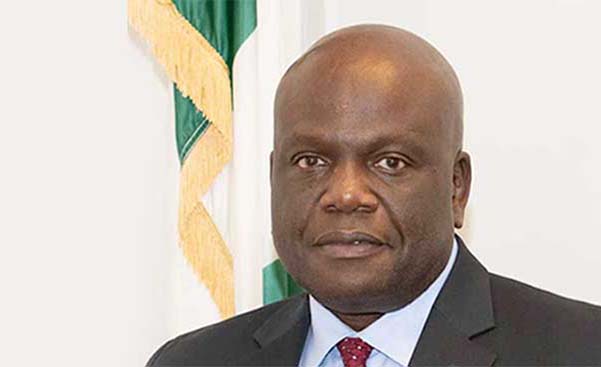 “In a gentle way, you can shake the world” –  Mahatma Gandhi

Permit me to start this conversation with a reference to the statement credited to Mahatma Gandhi, one of the most iconic leaders who ever lived. While this is in no way an attempt to make comparisons, Gandhi’s timeless words and his calm, peaceful approach to tackling some of the world’s most intractable problems fit perfectly into the style of the Director-General/Chief Executive Officer of the Nigerian Civil Aviation Authority(NCAA) Captain Musa Shuaibu Nuhu.

A quiet revolution has been going on in Nigeria’s civil aviation sector, and it has the unmistakable fingerprints of the team player and a leader par excellence, Captain Nuhu. Great things are happening but they are happening gently, almost noiselessly. This is quite alright because the regulatory side of Aviation is a rather conservative and reserved business; it thrives better where there is no noise. In fact, it is safe to say that Gandhi could as well have been referring to Captain Nuhu.

Shortly after Captain Nuhu’s assumption of office on the 16th of March, 2020, the world was struck with COVID -19, which prompted a total global lock down. But this was to bring out the best in him; the deadly pandemic elicited his innate leadership qualities. He swung into action and NCAA became the first Civil Aviation Authority (CAA)to invent COVID -19 Health Protocols and other Guidance Materials ahead of all other CAAs, including the global aviation umpire, the International Civil Aviation Organization (ICAO).

This eventually earned the Director-General and the Authority global commendations and awards, notably from the African Civil Aviation Commission (AFCAC). Numerous awards from other reputable organisations also followed.

NCAA was able to accomplish all these at a time when some organisations, both private and public, were downsizing, while others were placing their staffers on half salaries. NCAA paid its employees fully and as when due all through the lockdown owing to the frugality and savings made by his predecessor. Capt Nuhu is also reputed for his equitable management of the Authority’s scarce resources within the period of his watch.

It is on record that under his watch, NCAA provided the needed leadership and the rallying point for the industry stakeholders during the lockdown period. This, he did by way of organizing a series of virtual meetings to aggregate thoughts, opinions, and ideas on what was being done, what was to be done, and the way forward. No one was left out. Everybody’s opinions counted. Stakeholders who attended those meetings applauded Capt. Nuhu for his capacity to listen to a wide range of opinions and suggestions but also for his firmness, especially where safety was involved.

All these activities were backed by the Honorable Minister of Aviation, Senator Hadi Sirika.

He personally attended some of the meetings, made vital contributions, and also offered policy direction during that very challenging moment for the industry.

The restart of the industry after the lockdown became an easy task for the stakeholders as they were all on the same page.

Nigeria is a Category 1 nation, meaning we are among what a one-time Director-General termed as”the Premier League of nations” with sound safety records. It is not a mean task that this has been sustained over the years at a time others are losing theirs.

But quite a number of factors have combined to work in favour of the Authority. Firstly, God has been in total control. Then followed by hard work, training, and re-training of personnel. Recruitment of qualified, skilled, and experienced hands in our Inspectorate Divisions, which constitute the livewire of any aviation regulatory organisation. The quest to attract and retain qualified personnel in sufficient numbers made Capt Nuhu go all out seeking for enhanced and competitive salary package for deserving personnel of NCAA from the approving Authorities. 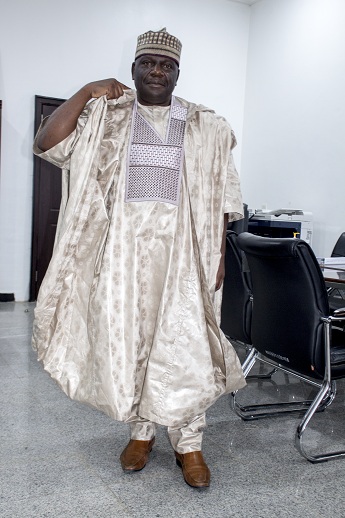 In between, he superintended the relocation of NCAA Corporate Headquarters from Lagos to Abuja, the Federal Capital Territory. This was made possible through the completion of the new office complex right at the Nnamdi Azikwe International Airport, Abuja. The new arrangement means that Aviation House is now the Regional Office, Lagos. The DG believes that the Regional Offices are an integral and crucial part of the Authority. Recently, during a meeting with workers, he unfolded his team’s plans to strengthen the regional Offices in Lagos, Kano, Kaduna, Port Harcourt, and Abuja for effective oversight coverage of the entire country.

All of these attainments, which he has always ascribed to teamwork, are beginning to attract recognition from around the world. On one occasion a medium captioned it, “Nuhu in Harvest of Awards.” So it has indeed been Harvest of Awards.

The meeting was declared open by Sen.Hadi Sirika, Hon Minister of Aviation on Monday 16th of May, 2022. Capt. Nuhu warmly welcomed the guests while the International Civil Aviation Authority (ICAO) Secretary-General, Juan Carlos Salazar delivered a strong goodwill message. The Meeting immediately broke into technical sessions that were closed to the public. In the course of the discussion, reports from various committees and groups were considered and reviewed and a final outcome came out by Friday of that week, and it was adopted. This final outcome is tailored toward charting a new course of action for the enhancement of the safety of Air Navigation in the African continent and the world as a whole.

On the whole, NCAA can be adjudged to be looking up, and Capt. Nuhu is leading to make it better.