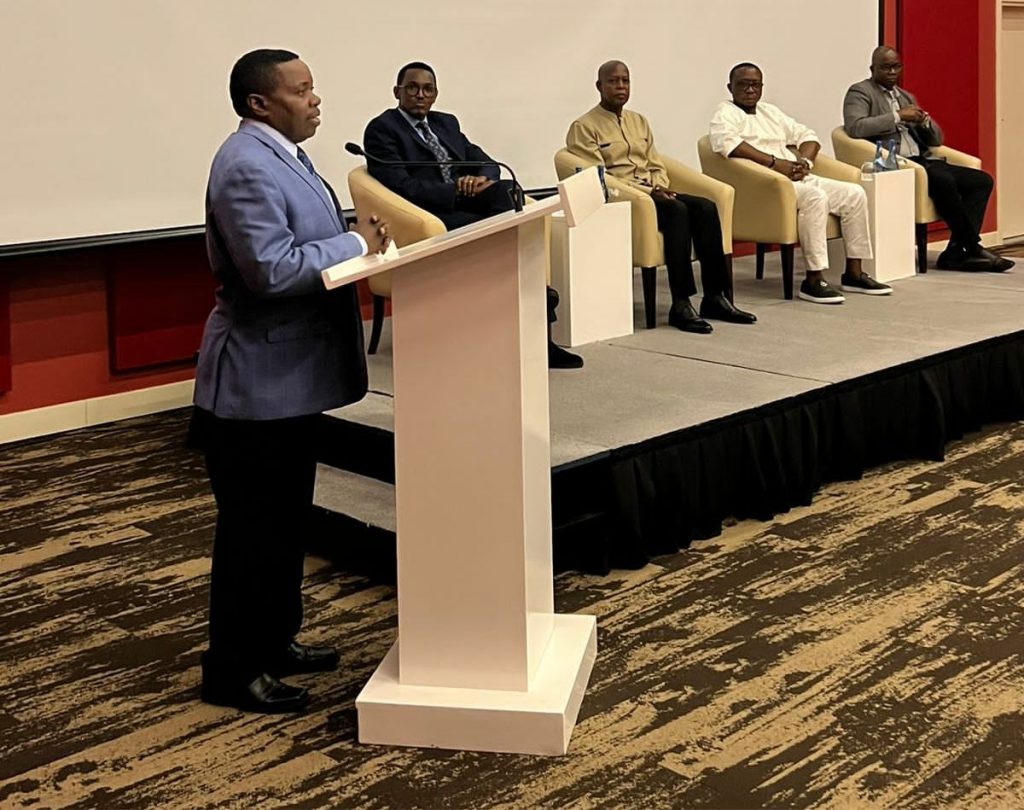 Point Of No Return

The air transport industry in Africa is now at the threshold of a new phase of growth and development under the liberalized air transport market driven by the Single African Air Transport Market (SAATM) concept. As Africa, which is the global region with the highest potential for growth and development, recovers from the COVID-19 effect, the continent cannot afford to go back to the era of disadvantageously restrictive bilateral air services agreements, fragmented and uncoordinated State policies and regulations, and dwarfed passenger and cargo traffic, as well as insignificant contribution of air transport to economic development.

Therefore, to enable African States have better grasp of the principle and robust benefits of harmonizing effective regulation of the air transport to effectively implement the SAATM, the African Civil Aviation Commission (AFCAC) in conjunction with the International Civil Aviation Organization (ICAO) organized a workshop in Kigali, Rwanda, for the East and Southern Africa Region, with support from the African Development Bank (AfDB). The same training is also to be organised for the West and Central Africa region in Dakar, Senegal, later in August 2022.

The intensive workshop was one of the most impactful actions to-date towards the actualization of the SAATM, as the warm exchanges created proper understanding of effective air transport regulation based on ICAO principles which have been adapted into the African Civil Aviation Policy (AFCAP). The AFCAP has been further reviewed and approved as the policy guiding the SAATM in July 2022 by the African Union (AU).  Interestingly, delegates demonstrated genuine positive spirit towards using effective air transport regulation to drive practical implementation of the SAATM in Africa.

The lack of proper economic regulation in Africa over the years has been responsible for the poor implementation of the Yamoussoukro Decision (YD), which has also extended to SAATM that was established since 2018. All this is set to change, as African States are adequatrly trained on the principles and benefits of effective economic regulation of air transport.

The positive multiplier effect of effective and harmonized air transport regulation in Africa under the SAATM has been listed out for each of Africa’s 55 States in a recent study by IATA Consulting commissioned by the AUC. Liberalization brings far greater concrete benefits to every State in Africa than their restrictive bilateral air services agreements, as verifiable from study now uploaded on AFCAC website.

While 35 African States have signed the SAATM, many are yet to implement it in practical terms, making them not different from the States that are yet to sign. Mr. Silas Udahemuka, Director General of Rwanda Civil Aviation Authority and the President of AFCAC, says African States must have a change of attitude and implement SAATM forthwith to gain the anticipated benefits. 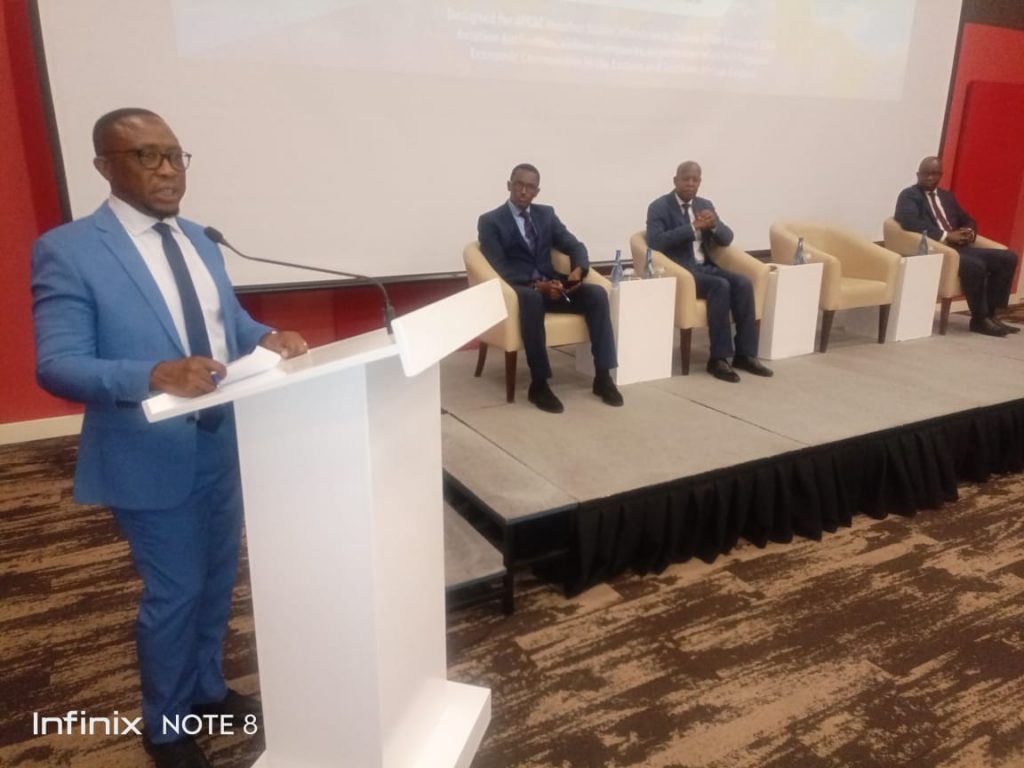 Why YD Dragged, And Why SAATM Will Be A Huge Success

Essentially, the YD was intended to drive liberalization in Africa allowing up to the 5th Freedom Right. ICAO describes the 5th Freedom Right as “the right or privilege, in respect of scheduled international air services, granted by one State to another State to put down and to take on, in the territory of the first State, traffic coming from or destined to a third State.”

However, YD was without an Executing Agency (EA) until 2007 when AFCAC was so designated. Also, while the African Civil Aviation Policy (AFCAP) was adopted earlier in 2011, the AFCAP along with the key instruments to guide competition, consumer protection and dispute resolution which address the reservations of most States, has just recently been reviewed, updated and approved by the AU in July 2022. The AFCAP is to be reviewed every 10 years to align with industry developments.

Mr. Stephen Musa, Ag. Director of Air Transport at AFCAC, says the updated and approved AFCAP will enhance the benefits of SAATM for African States, airlines, airports and passengers. AFCAC is already developing pilot projects to implement the 5th Freedom Rights involving some African States. He reveals that AFCAC has been empowered to supervise the implementation of SAATM through one of the annexes added to the AFCAP which also cover competition, dispute resolution and consumer rights.

According to Mr. Eric Ntangangerwa of the African Union Commission (AUC), with these critical instruments in place and effective air transport regulation and harmonization guidelines, air transport should work closely with other AU Projects on African passport, visa, free trade to facilitate air transport.

Mr. Emanuel Mwesigye, AFCAC’s specialist on consumer protection, emphasizes the need for States to set up Consumer Protection Agencies to engender proper consultation for effective economic regulation. AFCAC is now taking steps to support States in developing and harmonizing their economic regulation frameworks in line with AFCAP and ICAO guidelines, according to Octavio Oliveira, AFCAC’s expert on competition regulation.

How SAATM Will Benefit African States, Airlines, Airports, Passengers: The Vexed Issues Of Taxes and Charges

Mr. Peter Alawani of ICAO Air Transport Bureau makes a clear distinction between taxes and charges, saying: “A tax is a levy that is designed to raise national or local government revenues, which are generally not applied to civil aviation in their entirety or on a cost-specific basis. A charge is a levy that is designed and applied specifically to recover the costs of providing facilities and services for civil aviation.”

Furthermore, Sijia Chen, Air Transport Officer Economic Regulatory Framework Section ICAO, says airport and air navigation charges must be guided by three basic principles, which include uniform conditions for using airports and air navigation facilities/services, no discrimination in charges,and no charges solely for the right to overfly, enter or exit a State.

The ICAO experts say “States are ultimately responsible for the economic oversight;” while their “approach to economic oversight should meet the specific circumstances of State.” States must also strengthen their regulatory organization, and “prevent abuse of dominant position,” while ensuring quality control, dispute settlement and balancing the interests of stakeholders.”

The Manager of Data and Statistics of the African Airlines Association (AFRAA), Raffaella Irie, says “Passengers pay in average 3.1 different taxes and fees for international departures, representing an average of USD 65.01 in Africa.” Further, “In comparison, the average amount of taxes for international departures are USD 36.5 in Europe and USD 22.1in Middle East.”

She laments the consequences of high taxes in Africa being that today African carriers’ share is 20%, compared to foreign airlines’ share 80% of the market. Also, a third of African city-pair traffic passes through hubs outside Africa; while 8 out of top 10 lucrative routes in Africa are serviced by foreign carriers.

Rafaelle says taxes and fees represent on average a quarter of a ticket price in our continent, which contributes to the high cost of air tickets in Africa, where the purchasing power of the population is low, making air transport unaffordable and thus preventing the development of air traffic.

In fact, the elimination of tarrifs between African States would take an annual 4.1 billion USD out of trade, but would create overall annual welfare gain of 16,1billionUSD, ICAO explains.

With the expected improved economic regulation and liberalization, Africa can increase its share of global market up to 5-10 percent% in the short- to medium term, up from the present less than 2 percent. AFRAA is already engaging stakeholders to ensure that by 2025 domestic operation with low charges will be established in regions to reduce cost for African operators and fares for intra-Africa air travel.

Currently, only 14.5 percent of intra Africa 5th freedom exists; AFRAA wants to grow this to 30 percent by 2025. The SAATM, AfCFTA and Free Movement of Persons Protocols are three AU Agenda 2063 flagship projects that will accelerate aviation growth across the continent, if driven purposefully together. Where there is a will, there is always a way.