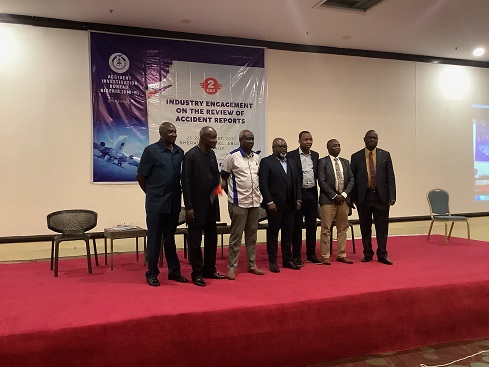 The Commissioner and the Chief Executive Officer of the Accident Investigation Bureau-Nigeria (AIB-N), Engr. Akin Olateru, said the bureau is finalizing plans to start digitizing  accident investigation findings and reports. 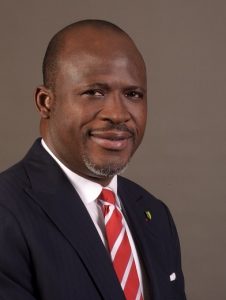 Engr. Olateru stated this at the 2-day ‘Industry Engagement on the review of Accident Reports’ which took place recently at the Sheraton Hotel, Abuja.

Engr. Olateru said AIB-N is moving on from the conventional air accident and incident reporting formats stipulated in Annex 13 of the International Civil Aviation Organisation (ICAO) to a digitalized reporting system.

“The fact is the world standard, which is ICAO, has a format of reporting the final reports that are a hundred pages presented to the world and on the website. What we are trying to do is to challenge the status quo, to actually find a better way of getting this to the public,” Engr. Olateru stated.

“Today, how many people are reading reports of accidents and incidents? You have this report about 300 pages of what happened, safety recommendations, and so on. What we are trying to do is to digitize graphically with a database of the same reports,” he said.

“This has been discussed in the highest level in ICAO and it’s been accepted and by the time we are done, Nigeria will be the first country in the world that will come up with this format. That is what I meant by saying that Nigeria will lead the world very soon in terms of accident investigation reporting system.”

“Looking at it critically, for any institution to progress and remain relevant, you need to invest in Research and Development, you need to have a feedback system to evaluate, re-evaluate how you do things; check your process and procedures and come up with a better way of doing things or a simplified way of doing things to enhance productivity and that is what we are doing in AIB,” Engr. Olateru stated.

“By doing so, airlines and other industry players will find it easier to read. The digitised format will be such that rather than flipping through pages of documents, you can just click on the graphic and it tells you about the human factor. And if it is the engine that interests you, you click and it gives you all the information needed. It is about simplifying our incident reporting system,” Engr. Olateru said.

According to him, a platform would be created where airlines and stakeholders can subscribe to train their pilots, engineers and others in the industry. The press can also have access to it to update their information or satisfy their enquiries.

“But there will be a nominal fee because AIB wants to use this as an opportunity to drive internally Generated Revenue ( IGR),” Engr. Olateru added.

The AIB commissioner  revealed plans to establish Aviation Safety Centre whereby the private sector and other relevant aviation agencies would be brought together to work on a platform such that when accidents are reported or report released, it would be seen by all.

He further revealed that the government of Saudi Arabia had also acknowledged the project as a great innovation that will positively impact the global standard in reporting accidents’ investigation, and had shown interest in partnering with AIB on the project.