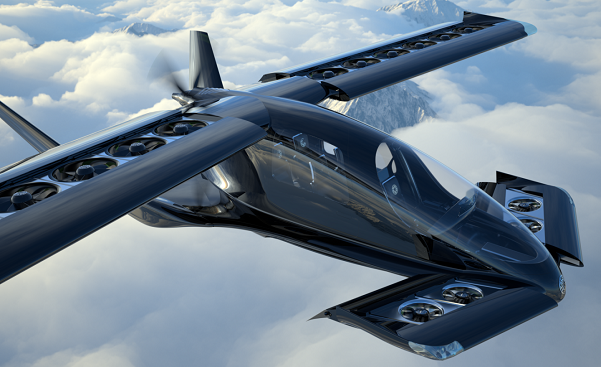 Horizon Aircraft said new research with senior private equity and venture capital professionals reveals 71% expect there to be more than 160,000 commercial air taxis operating around the world by 2050.  Some 17% anticipate there will be over 200,000.

The research was commissioned by Horizon Aircraft, the advanced aerospace engineering company that has developed the Cavorite X5, the world’s first eVTOL (Electric Vertical Take-off and Landing) that can fly the majority of its mission exactly like a normal aircraft.

The findings also reveal that in 30 years’ time, 36% of private equity and venture capital professionals interviewed said they expect the urban air mobility market to generate revenues of around $90 billion a year, but 46% believe it will be more than this.

Brandon Robinson, CEO and Co-Founder of Horizon Aircraft, said: “At the end of 2020, the renowned global consultancy firm Roland Berger published a report claiming the urban air mobility market will have around 160,000 commercial air taxis by 2050, and the sector will be generating around $90 billion a year in revenue.  These are lofty estimates, but our research suggests many professional investors believe the market could be even bigger than this. This is probably being fuelled by a stream of exciting news coming out of the sector, including Astro Aerospace’s recent announcement to acquire us.”

“However, investors should be warned that there are over 400 eVTOL concepts around the world being developed, and the vast majority of these will never become commercially viable.  They either won’t meet the requirements needed to secure insurance, or because of their design and operational costs and challenges, they may be too expensive to run,” Robinson added.

On 18th February 2021, Astro Aerospace (OTCQB: ASDND), a global leader in eVTOL aerial vehicles and drones, entered a binding agreement to acquire Horizon Aircraft Inc. The transaction is expected to close on or before the beginning of 2nd Quarter pending customary closing conditions.