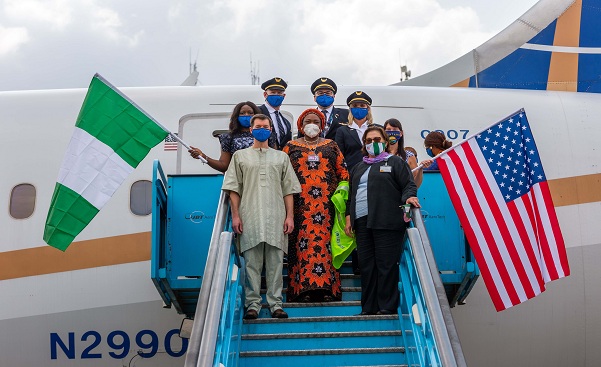 United Airlines has inaugurated its new nonstop service between its hub at Washington Dulles International Airport and Murtala Muhammed International Airport with the arrival of the first flight into Lagos today. With three weekly flights, United is the first and only airline serving Washington, D.C. nonstop from Lagos. The flight is operated with state-of-the-art Boeing 787 Dreamliner aircraft, featuring United’s award-winning United PolarisSM business class cabin and United Premium PlusSM premium economy seats. The new service marks United’s return to Nigeria, which the airline previously served up until 2016. 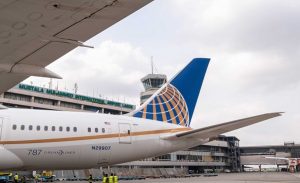 Patrick Quayle, United Airlines Senior Vice President International Network Planning and Alliances. said: “This new flight from Lagos reinforces our ongoing commitment to growing our network in Africa and providing more convenient service to the destinations our customers want to fly to most. This highly anticipated service will provide a key gateway between Lagos and Washington D.C., as well as easy one-stop connections to almost 80 destinations across the Americas, including Houston and Chicago.”

According to United Airlines, the new flight builds on United’s expansion into Africa and solidifies the airline’s leadership position from Africa to the U.S. Earlier this year; United launched a new service between Johannesburg and New York/Newark and between Accra and Washington, D.C. This December and January, United will increase its Accra service from three weekly flights to daily. United will also bring back its popular nonstop service between Cape Town and New York/Newark on 1 December 2021.

Note:  First operation from LOS is on a Wednesday.

This flight is the only service between Nigeria and the U.S. to offer a premium economy product.

The revolutionary design of the Dreamliner offers customers many features for increased comfort, such as large windows, spacious overhead storage and modern LED lighting to simulate a full day, helping passengers adjust their internal clock on the transatlantic flight. In addition, a lower cabin altitude, cleaner air and smoother ride help customers feel rested on arrival.