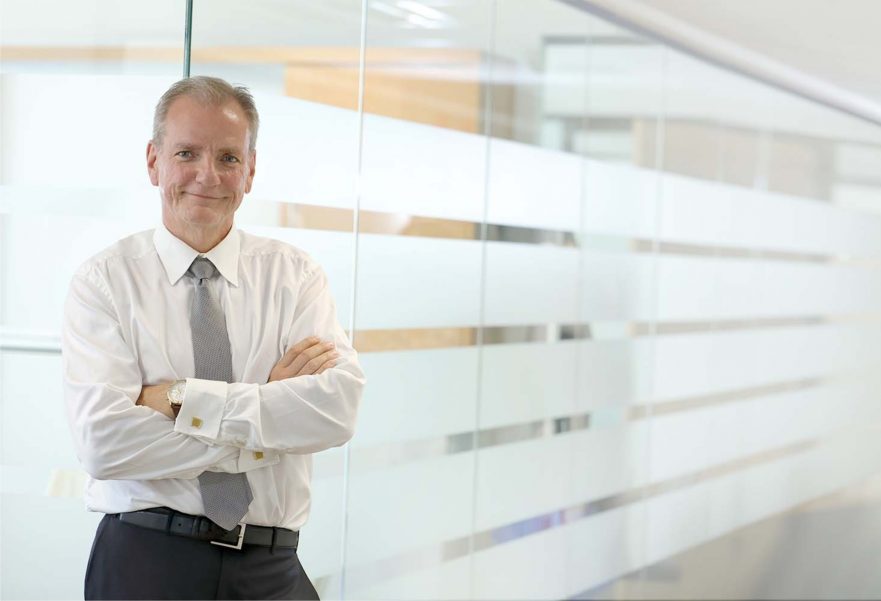 Mr. Jan Pie is the Secretary General of ASD – AeroSpace and Defence Industries Association of Europe. As the aviation industry especially in Africa strives to surmount infrastructure, environmental and other challenges, he weighs up Africa’s prospects, highlighting also what it takes to build Africa more sustainably. He spoke exclusively to Aviation & Allied Business.

Q: Aircraft manufacturing technology has improved tremendously over the decades. What would you identify as a major challenge still facing this sector and how do you think it can be addressed?

A: Reducing the environmental footprint of civil aviation (noise and emissions) remains a main goal. New technology plays an important role in this context. Typically every new generation of aircraft reduces emissions by 15-20%. Moreover, there is a need to continue improving aviation safety levels and again technology plays an important role. This is also why it is important that governments co-fund Research & Technology based on a risk sharing between the private and public sectors.

A: Establishing close partnerships with leading manufacturers and focusing on excellence is a key factor to be successful. Having skilled labour is a must and therefore local education systems play a key role. Last but not least, having a good eco-system for funding of Research & Technology where industry works together with research institutes and universities.

Q: Poor aviation Infrastructure in Africa has been identified as one of the key challenges that could constrain the expected increase in traffic and demand for more aircraft in Africa, which could in turn somewhat reduce sales of aircraft manufacturers around the globe. How can this challenge be sustainably dealt with?

A: Improving Africa’s aviation infrastructure both on the ground and in the air is a must not only for safety but also to accommodate aviation growth.  The revenues from overflight charges and airport landing fees should be used to invest into new aviation structure. Established aviation regions, such as Europe and the USA, also play a key role to improve Africa’s aviation system through technical co-operation projects.

Q: Are you disturbed that some governments especially in Africa still see aircraft and aviation as luxury which informs their high taxes on aircraft operators including commercial airlines?

A: High taxes are never a good solution. Africa should liberalize its aviation market as it has been done in the USA, Europe and other regions. Liberalization of air traffic increases competition, reduces fares for consumers and generates more air traffic growth. Indirectly, air traffic growth also creates more jobs in other parts of the economy. It is basically a win-win situation for the local economies, consumers and the industry at large.

Q: The advent of drones and unmanned aerial vehicles pose threats to the safe operation of commercial aircraft leading to calls for the integration of drones with the regular aviation industry operations. What is your view on this?

A: Off course, safety should be guaranteed. Incidents with small drones should be sorted out through proper policing functions and technology. We should however not forget the huge potential of drones both large and small. This is also why it is of crucial importance that ICAO takes the lead to set the regulatory framework that will enable the safety integration of drones into the Air Traffic Management system.

Q: The vexed issue of aviation and the environment continues to linger especially concerning noise levels and carbon dioxide emissions, despite the aviation industry’s ambitions to cut emissions and adopt alternative fuels. From the aerospace manufacturers’ perspective, what would be your comment in this regard?

A: We need to continue working on reducing the environmental footprint of civil aviation. As such this is the license for the sector to continue to grow. The global aviation industry has adopted an ambitious roadmap to reduce its emissions based on a four pillar approach of technology, operations, infrastructure as well as a global market based measure.

The agreement at ICAO level for the first ever global sectorial approach for a carbon offsetting scheme (CORSIA) is a good example which shows that international civil aviation is serious about reducing its environmental footprint. We can be proud of this achievement and we applaud ICAO for its leadership on this and other environmental matters.

Q: Accident rates have reduced remarkably in Africa and globally in the last few years. How do you think this improvement can become accelerated and more sustainable, from the aerospace industries perspective?

A: We need to continue working in partnership to further improve aviation safety levels. Investment in proper infrastructure and new aircraft also plays a key role along the need for properly trained and qualified pilots and technicians. Industry is supporting a lot of projects to raise the safety levels in this context.

Q: What is your outlook or expectation for the aerospace industries over the next 10 years, especially given the expected doubling of global traffic and aircraft performance and operation?

A: Civil aviation will continue to grow. This is linked to globalization and the increasing wealth of the global population that wish to travel. We will also see the arrival of radical new aircraft concepts including single pilot aircraft where drone technology will be used to optimize crew resources.

As such this is essential since there is already today a shortage in pilots so technology will play a key role to enable the continued growth of this sector based on more automation.