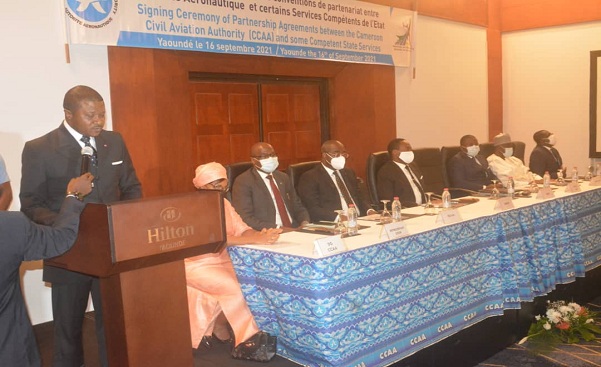 The Cameroon Civil Aviation Authority says it has renewed its partnership agreement with state Security Administrators which includes the armed forces, the gendarmerie, the Customs, the police and general intelligence.

According to CCAA, the agreement is in accordance with the National Security Program of 2004 and 2006 between the CCAA and these partner administrations and these specified the missions of the personnel of these administrations.

CCAA adds that the partnership will help the CCAA to train these agents to keep them updated on the requirements and happenings in the airports.

The Minister of Defense, Joseph Beti Assomo; the Secretary of State at the Gendarmerie, Galax Etoga; the SG of the DGSN the Divisional Commissioner; Baya Dominique, the Minister of Finance, Paul Tasong; Tchoutang and the Director General of General External Intelligence, Maxime Eko, signed these agreements and this joint decision, while the Minister of Transport chaired this ceremony.

CCAA states that within the framework of these conventions, it has spent the past five years, training in various fields such as basic training in Civil Aviation Security, Cargo and Post Security. X-ray imaging and security crisis management to 877 DGSN staff, 710 national gendarmerie staff, 648 customs staff 98 DGRE staff and 116 DST staff at the international airports of Douala, Yaoundé -Nsimalen and Garoua. 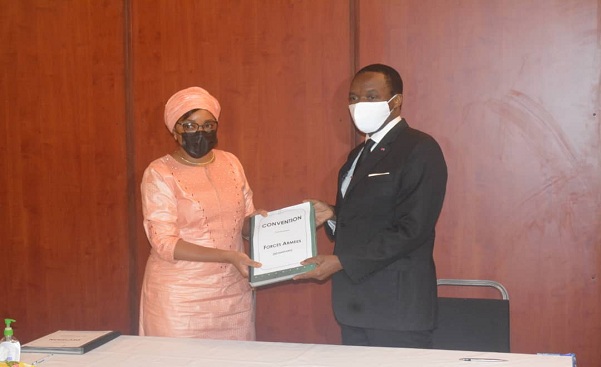 CCAA notes that despite the scarcity of resources due to the COVID 19 pandemic, it has been granting performance bonuses to staff from partner administrations at the airports of Maroua, NGaoundéré and Bafoussam, in addition to Douala, Yaoundé-Nsimalen and Garoua.