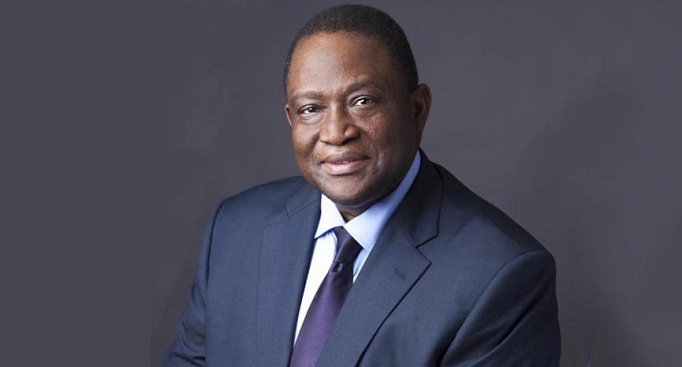 African airlines need to overcome daunting challenge and hopefully double or triple their share of global traffic presently stuck at about 2%. Mr. Abderahmane Berthe, Secretary-General of AFRAA, explains how AFRAA can help change the lot of African airlines, in this exclusive interview with Aviation & Allied Business Journal.

Q: What has been the key focus and achievements of the Association under your leadership, as AFRAA Secretary-General, in the past four years?

A: AFRAA was created 53 years ago. I took the office of AFRAA Secretary-General in January 2018. The secretariat’s mandate is to add value for AFRAA member airlines and partners. For four years, under my leadership, there have been some changes to position AFRAA as the voice of African airlines achieved through concerted efforts that have seen AFRAA become the leading trade association of airlines in Africa.

I would like to see AFRAA leading the airline industry in Africa to attain a sustainable, interconnected, and affordable air transport industry where African Airlines become key players and drivers to African economic development.

We are supporting the African Aviation industry in four main areas including lobbying and advocacy to create a conducive environment, joint projects beneficial to members, data warehouse and studies, and consultancy services.

Q: AFRAA has engaged in efforts to drive the industry and particularly airline recovery from the COVID-19, how would you assess the level of recovery achieved so far by African airlines?

A: The adverse influence of the COVID-19 is being felt entirely by the African continent. The aviation industry is amongst the worst impacted.

On 17 March 2020, AFRAA appealed to all African governments, regulatory authorities, and stakeholders to come together and support our African airlines.

AFRAA held a Webinar on Monday, 20 April 2020, which paved the ground for AFRAA 9-pillar recovery plan developed by the secretariat for the African airline industry. The recovery plan outlines a framework of actions to be taken as part of urgent, immediate, and consistent actions for the survival and recovery of the industry.

Q: What is AFRAA doing about the challenge of government travel restrictions that hinder African airline industry recovery?

A: Lifting of travel restrictions in a harmonized manner and opening of markets is critical for the restart and the recovery of the travel industry.

According to ICAO CART guidelines, the assembly called upon African governments to harmonize pre-entry and exit requirements to increase mutual recognition and cross-border information exchange.

The assembly also called upon African governments to accelerate the rapid rollout of vaccines across the continent to facilitate the restart of economies and air transport.

Q: Would you say that African governments and multilateral financial institutions have done well in supporting African airlines during this pandemic?

A: Whereas governments worldwide have provided over $400billion to national and private airlines to support their survival and restart efforts, given the importance of aviation to economies, we have seen very little support to African Airlines from African governments and Multilateral Financial Institutions.

Some support has been extended by governments and Multilateral Financial Institutions (DFIs) to support the aviation sector, although this is very limited and primarily to State-owned entities.

Eight African airlines have either gone into administration or bankruptcy due to the impacts of the pandemic. Financial relief is critical for the recovery of the air transport industry and the survival of African airlines in a deteriorated financial status.

AFRAA 53th Assembly adopted a resolution for financial relief to Airlines. The assembly called upon African governments to extend the much-needed financial support and reliefs to African airlines and the African aviation industry at large, in the form of loans, direct cash injections, guarantees, taxation waivers and deferrals, wage subsidies, and reduction in Airport, ANSP, and fuel charges to facilitate faster and sustainable recovery.

Q: How would you assess the Single African Air Transport Market (SAATM) and the African Continental Free Trade Area (AfCFTA), since many African States are yet to embrace these frameworks, and Africa is still replete with very high taxes, charges, and fees on aviation?

A: Faced with the slowness in implementing the Yamoussoukro Decision of 1999, African States launched the SAATM (Single African Air Transport Market) under the aegis of the African Union.

To date, 35 States out of 55 have signed the SAATM, and 18 states have signed the Memorandum of Implementation committing to bring their air services agreements in line with the Yamoussoukro decision. The implementation of the SAATM is based on a comprehensive plan involving all stakeholders in the aviation sector in Africa.

The implementation is laborious. However, we have seen a lot of progress. In other parts of the world, we have seen the same phenomenon. Liberalization does not happen overnight. It is a long-term and irreversible process because everyone recognizes the expected benefits.

Some States are willing to protect their national carriers by delaying the implementation of liberalization. This stand does not guarantee sustainability for air transport in these countries.

We need to start by ensuring implementation by the 35 signatory States. The other States will follow sooner or later. Through a Joint Prioritised Action Plan with set KPIs amongst the concerned stakeholders reviewed annually to track progress.

The air transport liberalization in the continent through the YD will create a more regionally integrated continent.

The African Continental Free Trade Area (AfCFTA), launched in March 2018, complements SAATM. It aims to significantly accelerate the growth of Intra-Africa trade and use trade more effectively as an engine of growth and sustainable development by doubling intra-Africa trade, strengthening Africa’s common voice and policy space in global trade negotiations.

Q: Are there specific instances of African airlines being denied market access into the African States since the SAATM and AfCFTA came into effect? What has been the experience of your members in this regard?

A: The African Union commissioned a continental study on SAATM implementation in 2021.

The study revealed that only 39% of the Bilateral Air Service Agreements (BASAs) reviewed were compliant with the Yamoussoukro Decision (YD); meaning 61% were non-compliant and did not follow the provisions of the YD namely on unrestricted 3rd/4th, and 5th freedom traffic rights, free determination of capacity and free pricing tariff regime.

Of the non-YD compliant BASAs, 28% failed to meet just one of the pre-requisites for YD Compliance, while the remaining 72% failed because of non-compliance on two or more pre-requisites; 18% are fully restrictive across all the provisions of the YD.

50% of the BASAs restricting 3rd and 4th traffic rights are restrictive because they limit the number of entry points airports for designated carriers.

These continental study outcomes give a good picture of the experience of our members in this regard of market access.

Q: What were the highpoints of the recently-concluded 2021 AFRAA AGA in Luanda, Angola, and how have?

A: The 53rd Annual General Assembly held in virtual format on 16-17 November 2021 and hosted by TAAG Angola Airlines was successful.

In addition to other statutory matters of the Association, the assembly adopted three critical resolutions on the safe reopening of borders, financial relief to aviation, air transport ecosystem sustainability.

The theme of the AGA was “Flightpath to Africa’s Resilient Travel Ecosystem.”

It was a good occasion for experts to exchange views on enhancing the African air travel industry’s resilience to crisis.

Q: Do you think big carriers could still emerge among African airlines as a response to the severe passenger, revenue and other losses suffered by most if not all carriers?

A: The diversity of carriers in the African market has been a concern well before the COVID-19. We acknowledge the need to have as many airlines as necessary to connect the 55 countries on the continent.

Despite the high growth potential, the African market represents less than 3% of the global market. Hence some consolidations have to happen.

The continent will need 6 or 7 global carriers with a global network to connect the continent to the other regions. Some regional carriers are also required to interconnect African countries and feed and de-feed traffic to/from the main hubs. Enhancement of cooperation among African airlines in areas such as alliances, pooling of resources, code sharing, and interlining are valid considerations for African airlines to succeed.

Q: There appear to be increased partnerships between foreign airlines and African airlines, what could be the implications of this regarding the air transport liberalization in Africa and the interest of African carriers?

A: The Yamoussoukro Decision (YD) liberalizes the air transport in Africa for African Carriers. The intent is not to open the intra-African market to foreign airlines.

African Airlines have lost market shares on inter-continental routes falling to less than 20% currently. This situation needs to be addressed.

In principle, partnerships between airlines are good as long as they comply with existing regulations and benefit parties. AFRAA encourages these kinds of partnerships.

Q: As the industry strives towards recovery, how would you describe the airports-airlines relationship in Africa, and what is your expectation going forward?

A: Both airports and airlines are part of the aviation industry. Our activies and all have faced the same impact of Covid19.

Airports and airlines have been part of the aviation stakeholders’ efforts to overcome the consequences of the pandemic.

The International Civil Aviation Organization (ICAO), through the Council Aviation Recovery Task Force (CART), has made recommendations to the aviation industry to address the challenges of COVID-19 and provide global guidance for a safe, secure and sustainable restart and recovery of the aviation sector.

To strengthen our relations, AFRAA has signed in 2021 a Memorandum of Understanding (MoU) with ACI-Africa (Airports Council International). The two organizations will work on a joint annual action plan.

Q: Where do you see AFRAA and the African airline industry in the next 10 years?

A: The world aviation industry is fast-moving with new customers’ expectations. Our industry needs to adapt to new transformative initiatives.

At AFRAA, we have redefined our strategic objectives, which are safe, secure, and reliable air transport; and enhancing the visibility, reputation, and influence of African airlines in the global Aviation industry; sustainable air transport; cooperation; and data intelligence.

We have launched a new 5-year strategic plan in 2021. The purpose is to implement practical actions better to serve our members’ and partners’ needs.

Albeit the challenges, Africa has a vast potential for development for years ahead. The traffic is said to double every 15 to 20 years. AFRAA airlines need to be prepared to take their market share from this development perspective.

As we expect more and more passengers for years ahead, the industry needs to tackle the challenges related to its future expansion: safety, security, environment, infrastructure on ground and air, regulation, capacity building, market access, and operational costs, among others.

Digitalization is transforming the customer’s experience at all stages of their journey. New technologies will also play a critical role in aircraft designs and operations.